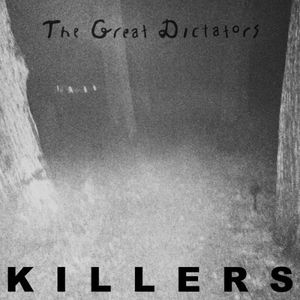 Content: I never heard of The Great Dictators before this new album. Based in Copenhagen this trio already released a debut full length (cf. “Liars”) on vinyl format during the past year.

“Killers” sounds a bit to me like the offspring between Placebo, U2 (for some of the vocals), Lou Reed and Depeche Mode. I know it sounds a bit weird, but on the other side you have to admit it’s a rather interesting cocktail of recognized bands. I can’t really say that the songs emulate some of the aforementioned artists, but it consists of some elements running through their work plus an own touch on top.

One of the main characteristics of this ‘own’ approach can be found in the rather evasive atmospheres emerging from the composition. It all feels light and sometimes a bit ballad-styled. This is probably one of the reasons why the song “In The Name Of The Father” sounds like it is evoking Lou Reed to me. But the particularity of the production hides in some details like a saxophone play at Shame” or a trumpet running through “We Will Survive”. The least I can say is that this Danish formation deals with a very personal vision of rock music, which definitely makes their originality.

Conclusion: “Killers” is not exactly reinventing rock music, but they compose an interesting mix of familiar elements together with a more personal and evasive touch.