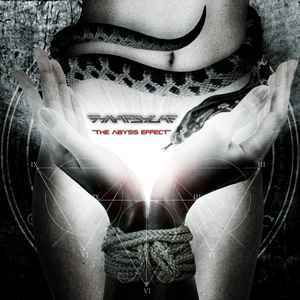 Background/Info: Italian formation Synapsyche was set up in 2008 by Stefano Mannequinetik and joined by singer Marco Katatronik. After a few self-released EPs and the album “Crashdown Connected” (2014) they joined hands with Skyqode. “The Abyss Effect” is their official debut album featuring 12 songs.

Content: The sound formula of Synpsyche is a rather familiar and successful one. This band is driven by dark-electronics and aggrotech influences resulting in a powerful and pumping sound. This is the kind of music that might appeal for fans of C-Lekktor, Hocico and even Combichrist. The songs are carried by endless leads and danceable rhythms. The harsh vocals totally fit with the sound.

A few passages reveal orchestral arrangements and piano parts as well. I also noticed some dance/trance elements while the final song is a surprising cover version of Moby’s “Lift Me Up”.

+ + + : “The Abyss Effect” is for sure an album, which thanks to its pumping kicks, hopping sequences and typical melody lines will set dancefloors on fire. There are many songs in this vein on “The Abyss Effect” and I highly recommend “We All Suck”, “Self-Worship Doctrine” and “In Apocalypse We Trust”. The cover of Moby is not exactly the kind of song you expect to be covered by this band, but it’s also worthy of examination although a bit different in genre. The album is available in a cool and artistic digipak, which is a nice, little bonus.

– – – : The main point that hurts is that most of the songs are pretty similar and I especially refer to the never-ending leads.

Conclusion: Synapsyche has accomplished a rather exciting album although I think this band still has work towards creating a more personal sound.

Best songs: “We All Suck”, “Self-Worship Doctrine”, “In Apocalypse We Trust”, “Hate And Psyche”.