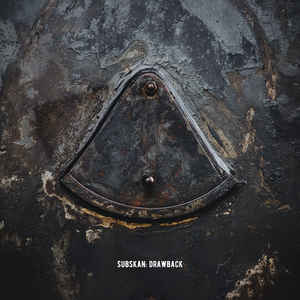 Background/Info: Belgian artist Jean-Marc Polet strikes back with a new album from his Subskan sonic brainchild. He already released a few works, but this is his second album on Hymen Records.

Content: “Drawback” moves on there where the previous full length “Ambidextrous Asylums” (2017) stopped. Polet is an artist who makes no compromises and his music is moving in between different influences. From Klinik-al sequences to IDM structures to dynamic d’n’b elements to experimental techno with some acid sequences on top to glitch passages, “Drawback” rather sounds as the sonic exposure from a sound laboratory. The main element and in a way the cement between all of the songs are the noticeable, evasive-astral atmospheres.

+ + + : Diversity is the keyword of Subskan’s sonic creation. Every single track has its very own approach and inspiration while the impressive wafting sound atmospheres are nearly recovering all tracks. This astral sound has something evasive, which is also a bit contradictory with some violent passages and other pure experimental sound treatments. I should say that “Drawback” is a complex work, sometimes a bit chaotic and then accomplished with subtle arrangements. “Bleeding Loss” is a noticeable and fascinating technoid cut.

– – – : From a very personal point of view I regret the explicit experimental touch running through some cuts.

Conclusion: Subskan is an artist who makes no compromises. He’s an unique ‘industrial’ artist with an open-minded sound spectrum.