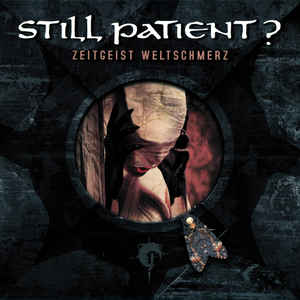 Background/Info: Three years after their last and successful album “Shape Shifters”, the German Still Patient? band is back on track unleashing a new album.

Content: Still Patient? moves on there where the previous work left off.  Don’t expect discovering new elements in their music; this band remains faithful to their roots and main sources of inspiration. We’re getting back to the darkest hours of the 80s cold-wave movement, which might evoke legendary formations such as The Sisters Of Mercy, The Cult and co, but there also is a more personal dark-rock touch present as well.

This work features a succession of great songs, which have been accomplished with passion and talent. The singer’s deep timbre of voice and magic guitar parts inject a truly spirit to this work. Notice by the way two songs feature female guest vocals by the X-O-Planet singer Manja Kaletka

+ + + : Artists don’t necessarily innovate to get my recognition and support. When I hear an album such as “Zeitgeist Weltschmerz”, which is fully accomplished from start till end, I simply am thankful for such a masterpiece. I wasn’t a huge fan of this band during their 90s period, but since they came back with a new line-up, I get the feeling they simply improved most elements of the production. Great songs carried by elevating choruses and a constant power are the keywords to understand the success of this album.

– – – : I don’t have real minus points here. This is a great work with no real uninteresting songs.

Conclusion: If you like the typical dark new-wave music getting you back to the 80s, Still Patient? has accomplished a real tour de force. This is without a shadow of a doubt their best work in history!