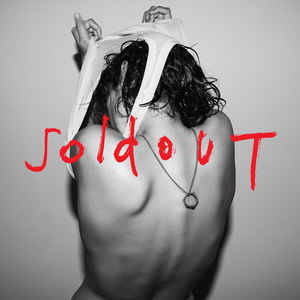 Background/Info: Charlotte Maison and David Baboulis better known as Soldout are back on track unleashing a new full length album. The Brussels based formation strikes back with their first ‘regular’ studio album since “More” (2013). In the meantime they released a noticeable soundtrack album (cf. “Puppylove”), which gained a ‘Magritte award’ for best soundtrack and last year released the free-digital “Live”-album.

Content: Soldout always has composed a very personal electronic sound, which during the early years of the band has been often linked with electro becoming a kind of Belgian answer to Miss Kittin and The Hacker. Throughout the years the sound evolved and became more personal and intimate, which reaches  its climax on “Forever”.

Most of the songs are sweet and filled with some melancholic passages. Charlotte’s timbre of voice became warmer, but still sounds sensual. “Forever” is pop-reverie although featuring a few more danceable cuts. These cuts feature some technoid reminiscences and it’s not a coincidence that they worked on one song together with Goose.

A few more guests have been invited to accomplish “Forever”. Maya Postepski (member of the Canadian formation Austra) is one of the artists you definitely will have to keep in mind. She’s now accompanying the band on stage on the drums.

+ + + : Soldout again evolves in their global approach revealing a mature and ultra professional studio work. The production of sound and vocals both have been so impressive. Sound-wise Soldout don’t really repeat themselves and are like in constant motion experimenting with new elements although holding on their unique electro treatments. They also like to work with guest artists and “Do It Again” featuring Goose is a real great piece of music. I also enjoyed “Fake” for its aggressive bass line. The more technoid-like “Oppression” is another attention grabber. The vintage sound approach of the band remains very present, but the ultimate song in the genre is “Because Of You”.

– – – : I have to admit I remain nostalgic of the early work of the band, which was rawer and less polished. Soldout moved towards a more mature and styled production revealing multiple sweet songs. It becomes more indie-like and definitely accessible for a wider audience. You don’t hear me complain, but I can imagine earlier fans will have a similar feeling.

Conclusion: If you go back to the first song of their first album (cf. which was the legendary cut “I Don’t Want To Have Sex With You”) and you compare with the songs from “Forever” you’ll notice the impressive evolution of this band. Technical-wise this new opus is definitely their most accomplished work to date!