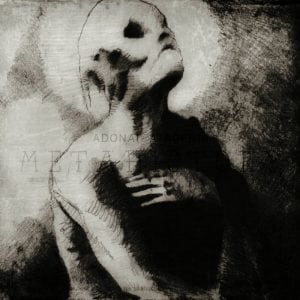 Background/Info: ‘Veluvian’ aka Plamen Kolev is a visual and sound-constructivist and post-artist from Bulgaria. Adonai Atrophia seems to be his main project, which is inspired by ‘cosmic shamanism’. I noticed some contributions to compilations, but “Metahistory” is the real debut album of the artist.

Content: “Metahistory” is moving in between traditional dark-ambient music and pure cinematographic music. It all clearly sounds like music for ghosts or the kind of atmosphere you might imagine resonating throughout haunted houses. The ghost-like effect has been accentuated by multiple vocal effects and manipulation. The tracks have been progressively built up reaching their total climax during the second part of the album.

+ + + : If you’re into ghost-like music, “Metahistory” will definitely give you goose pimples. It’s a great and visual sound experience, which has been meticulously constructed and finally resulting in a few outstanding cuts. “The First Sunset” is a true masterpiece for the global sound treatments, haunting vocals and progression of the cut. The sphere emerging from this release totally fits with the concept of the project.

– – – : When you get an album with some noticeable tracks, you always expect more and more. There’re just a few passages, which can’t totally convince me, but you don’t hear me complaining.