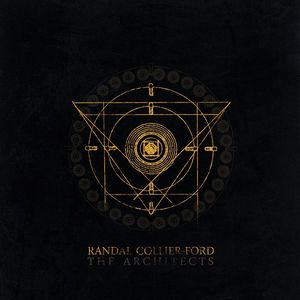 Content: Cryo Chamber has signed several new projects during the past few months. Randal Collier-Ford is one among the list. All previous work by Randal Collier-Ford has been released by Kalpamantra. After 3 digital albums we now get a new exploration into ambient- and experimental fields by this artist.

“The Architects” can’t be described as pure dark-ambient. There’s a strong experimental approach running through this work, which mixes field recordings together with multiple electronic treatments. It sounds pretty minimal-like, but reinforced by different ambient ingredients. I like some of the deep blasting sound parts and spooky noises, which makes it a bit freaky-like. “The Return” is one of the main highlights of the opus. It’s a fabulous sound experience revealing the great writing skills of this artist. It also is the longest duration piece of the work showing a great progression over 13 minutes.

Randal Collier-Ford really impressed me in his multiple sound manipulations. The artist reveals to be an architect himself, but one who’s decomposing sounds to rework them till getting something unique. “Eye Of The Watchers” is one of the most impressive cuts illustrating the man’s genius.

The last part of the work reveals a few more evasive cuts, but again illustrating the experimental approach in manipulating electronics and noises. The work becomes a bit more soundtrack-like. “Hellgate” is a rather appropriated title for this cinematographic approach.

Best songs: “The Return”, “Construction Of A Demon”, “Eye Of The Watchers”, “Hellgate”.