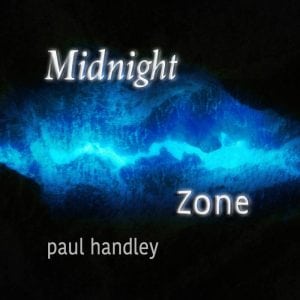 Background/Info: Australian artist Paul Handley is back on track unleashing a new album of 9 songs. His previous full length “What Goes Around” was a promising work mixing different influences together.

Content: It remains nearly impossible to label the work of Paul Handley. He’s a kind of chameleon experimenting with different influences. There for sure is a solid and constant ambient source of inspiration, but the songs also move on the edge of techno and even techno-body music. The composition remains entirely instrumental, which sometimes makes me think of an ambient techno-soundtrack.

+ + + : The sound of Paul Handley has something exciting. I like the dry kicks, the solid bass lines and the noticeable ambient atmosphere recovering most of the tracks. The influences remain pretty similar to his previous work although “Midnight Zone” appears to be a bit more techno-driven. The main basis however remains the ambient touch. This new work again features some alluring tracks such as “Midnight Sone – Deep Blue Version” and “Wayward”, which I both especially like for the bass lines.

– – – : There are a few pretty short cuts featured, which don’t really add any bonus to the album. I know it’s the artist’s choice to compose instrumental cuts, but I’m convinced a few vocals or chants would give an extra dimension to this work.

Conclusion: Paul Handley mixes reverie and dance together. This artist has something special, which doesn’t stand for an absolute success, but it’s cool.

Since you’re here … … we have a small favour to ask. More people are reading Side-Line Magazine than ever but advertising revenues across the media are falling fast. And unlike many news organisations, we haven’t put up a paywall – we want to keep our journalism as open as we can. So you can see why we need to ask for your help. Side-Line’s independent journalism takes a lot of time, money and hard work to produce. But we do it because we want to push the artists we like and who are equally fighting to survive. If everyone who reads our reporting, who likes it, helps fund it, our future would be much more secure. For as little as 5 US$, you can support Side-Line Magazine – and it only takes a minute. Thank you. The donations are safely powered by Paypal.
Tags: Paul Handley