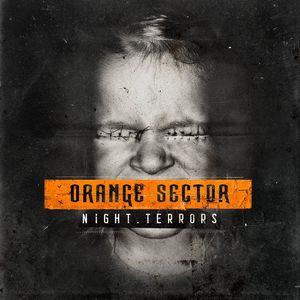 Content: This must be the 11th full length album in history for Orange Sector. These Germans will always be associated with the golden age of 90s EBM and especially Zoth Ommog, but it’s now already 10 years since they struck back after a hiatus of several years. So it means that they’ve released more albums during the past 10 years than during the Zoth Ommog years.

Lars Felker and Martin Bodewell remain always faithful to their original EBM roots and the past few albums reveal several outstanding songs. The previously released EP “Glasmensch” was a hot teaser to announce the new full length and I can already tell you that I was not disappointed.

The sound of Orange Sector remains carried by solid and typical dry bass lines and the linear rhythms. Most of the songs have been sung in German, which also has been a kind of trademark of their sound. But I have to say that throughout the years the writing of the songs became more sophisticated. That’s probably what makes the difference with the other EBM bands. Orange Sector also takes care to elaborate their composition by adding great bleeps and experimenting with multiple effects. It remains 100% EBM, but with an extra intelligent touch on top.

This work features 10 songs plus 2 remixes (3 remixes for the digital version). The opening cuts are not directly exploding although you rapidly recognize the typical arrangements of this band. “Monoton” is a rather funny track as it features winks to different songs of Orange Sector. “Glasmensch” coming next is the real first high light and the debut of some harder and irresistible cuts. “Burn In Hell” reminds me more of Front 242 than Nitzer Ebb –with whom they’ve been often linked. “Rebell” is a smasher for being harder and faster, but also for its subtle sound treatments.

Other attention grabbers are “Wir Sind Mensch” once more illustrating the power of their bass lines mixed with cool bleeps and the last song “Das Letzte Lied”, which is a merciless body cut carried by an icy, metallic-like lead.

Among the remixes I have to mention the terrific “Club Mix” of “Rebell”, which clearly sounds as one of the biggest hits of this album. Notice by the way that the digital release features an extra remix of “Sturm” (originally released on the previous EP) by Martin Bodewell. It’s a smasher as well.

Since you’re here … … we have a small favour to ask. More people are reading Side-Line Magazine than ever but advertising revenues across the media are falling fast. And unlike many news organisations, we haven’t put up a paywall – we want to keep our journalism as open as we can. So you can see why we need to ask for your help. Side-Line’s independent journalism takes a lot of time, money and hard work to produce. But we do it because we want to push the artists we like and who are equally fighting to survive. If everyone who reads our reporting, who likes it, helps fund it, our future would be much more secure. For as little as 5 US$, you can support Side-Line Magazine – and it only takes a minute. Thank you. The donations are safely powered by Paypal.
Tags: Orange Sector