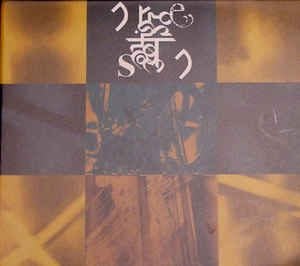 Background/Info: Daniel B. and Dirk Bergen (both Front 242 pioneers) are back on track with their Nothing But Noise project. The first album got released in 2012 and after a hiatus of 4 years they started from 2016 on releasing like hell. We can speak about a trilogy when it comes to “Existence Oscillation” as this might be the final chapter after the “Past”-album (2016) and the “Present”-one (2017).

The album features 4 long-duration cuts. Each track sounds a bit like a collage of different cuts although there’s a real coherence between the songs. From low, resonating bass tones (reminding me of Front 242) to overwhelming sound atmospheres, the work can be now evasive and next moving into freaky, buzzing sound waves.

+ + + : Nothing But Noise doesn’t deal with the most accessible electro format, but it’s mainly a production featuring impressive sound treatments carried by low bass tones. Some passages are evolving into a kind of imaginary electronic wall. It’s experimental, but definitely accessible. It remains a sophisticated writing once more confirming the production skills of both electro veterans. This is for the sure the kind of music that will appeal for the so-called ‘Berliner school’.

– – – : I can’t say this is the best Nothing But Noise-release I’ve heard. Daniel B. and Dirk Bergen are very prolific, but this new opus isn’t exactly the most successful one.

Conclusion: Nothing But Noise stands for another side of 242-instigators Daniel B. and Dirk Bergen. This has nothing in common with EBM, but clearly sounds as an experimental exploration of electronic sounds and noises.

Since you’re here … … we have a small favour to ask. More people are reading Side-Line Magazine than ever but advertising revenues across the media are falling fast. And unlike many news organisations, we haven’t put up a paywall – we want to keep our journalism as open as we can. So you can see why we need to ask for your help. Side-Line’s independent journalism takes a lot of time, money and hard work to produce. But we do it because we want to push the artists we like and who are equally fighting to survive. If everyone who reads our reporting, who likes it, helps fund it, our future would be much more secure. For as little as 5 US$, you can support Side-Line Magazine – and it only takes a minute. Thank you. The donations are safely powered by Paypal.
Tags: EBM, Nothing But Noise