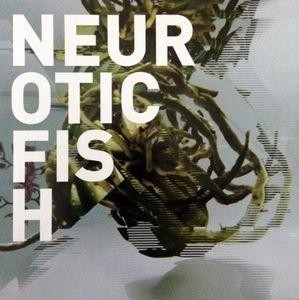 Content: Neuroticfish and its front man Sascha Mario Klein both belong to the collective memory of the successful future-pop years. The German band left us 3 albums and many hit songs until Sascha Klein decided to stop. Time went by and 10 years after the last full length “Gelb” the duo was reactivated and unleashed a new opus entitled “A Sign Of Life”.

I didn’t exactly know what to expect especially after such a huge lapse of time, but I was not that confident as ‘comebacks’ are not always are that successful. But this album sounds as a real new departure revealing great inspiration and all the genius of the band’s creative mind. The opus reveals 15 songs and the least I can say is that there’s nothing to throw away. The new work is a real coup de force based upon sound intelligence, progressive electronics and maturity.

The ‘intro’ cut is an overwhelming piece of music made of bombast and some evasive passages plus spoken like vocals. “Silence” is the real take off and a great power-pop exponent. The song was previously released as EP-title track and sounds in the continuation of the ‘early’ Neuroticfish approach. I was impressed by the overwhelming vibes emerging from this track, which is a common element during the entire album. The songs are carried by great and sometimes deep sounding bass lines, while multiple elements and filtered sound bleeps are joining in. Danceable vibes can be heard as well while most of the leads elevate the music to a higher dimension.

“Depend On You” coming up next is one of the absolute masterpieces, which was accomplished by an irresistible trance-minded lead. This is maybe a new element running throughout the new work, but which adds a touch of magic on top of the work. The songs feature breaks, which often move on towards an apotheosis.

Just pay attention for “Former Me”, which is the next potential master hit. The construction and some of the arrangements remind me a bit of the genius of Sevren Ni-Arb. This song stands for all the maturity, and especially, the intelligence of this work.

Neuroticfish clearly is not emulating cheap trends, but tries to inject refreshing elements to the music. That’s maybe the hidden and somewhat funny –yet provocative statement running through “Is It Dead”. This is a hard-minded EBM song while Sascha Klein sings some parts in a hard, screaming and somewhat punkish way. Power and intelligence have been featured at “Blunt Force Trauma” as well. This is one more attention grabber.

The production of the vocals reveals a passionate and charismatic artist who became more diversified in his way of singing. This is one more essential aspect of this work.

It would take me too long writing a few words about every single song, but it just confirms the potential of this work. The final part reveals a few moodier songs, but here again the band excels in grace and creativity. The ultimate body-pop assault entitled “Illusion Of Home” again illustrates a new path of EBM. Call it EBM, future-pop or simply intelligent power-pop, but one thing is for sure: this album is an astonishing piece of work.

Notice by the way that this album has been released by Non Ordinary Records (NOR), which is Sascha Klein’s own label.

Conclusion: This album is without a shadow of a doubt one of the absolute revelations of the year. Next to the comeback of Neuroticfish I consider “A Sign Of Life” as the most accomplished and simply ‘best’ album of this band ever. This is how modern electronics have to sound!

Since you’re here … … we have a small favour to ask. More people are reading Side-Line Magazine than ever but advertising revenues across the media are falling fast. And unlike many news organisations, we haven’t put up a paywall – we want to keep our journalism as open as we can. So you can see why we need to ask for your help. Side-Line’s independent journalism takes a lot of time, money and hard work to produce. But we do it because we want to push the artists we like and who are equally fighting to survive. If everyone who reads our reporting, who likes it, helps fund it, our future would be much more secure. For as little as 5 US$, you can support Side-Line Magazine – and it only takes a minute. Thank you. The donations are safely powered by Paypal.
Tags: Neuroticfish