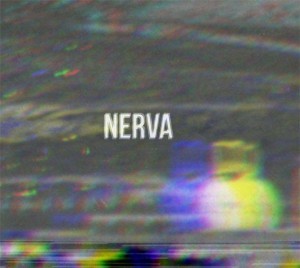 Background/Info: Nerva is the meeting between Andrea Bellucci (Red Sector A, Subterranean Source, Dioxide ao) and Andrea Gastaldello (Mingle). The name of the band stands for ‘the Nuclear Engine for Rocket Vehicle Application, which was used in the famous project for the United States Atomic Energy Commission and NASA from 1960 up until 1972.’ It inspired Nerva to compose 8 tracks, which you can hear on their debut full length.

Content: The opening song reveals some early Klinik-influences, but it also directly shows a great sound knowledge. Quite progressively “Nerva” gets the listener into a mix of IDM, dubstep, ambient and pure avant-garde electronics.

The songs are characterized by impressive sound treatments like heavy blasting noises on one side and refined bleeping sequences on the other. The rhythmic reveals an intelligent approach, which makes me think of some dubstep and IDM productions.

+ + + : If you like progressive electronic compositions made with intelligence and resulting from the genius mind of experienced musicians, you for sure have to discover Nerva. The work reveals an impressive spectrum of influences, but the common element and cement between all is the passion for sound creation. I especially know the work of Andrea Bellucci and the least I can say is that this artist is a real visionary musician taking care to innovate and to never repeat himself.

– – – : “Nerva” is not exactly the most accessible work for narrow-minded electro lovers, but I’m sure they’ll be praised by the others. Nerva stands for intelligence, but also for complex and difficult music!

Conclusion: Nerva sounds like an eclipse; a magic phenomenon that doesn’t happened on regular basis… but I’m glad you can renew the experience as much as you want by simply pressing the ‘play’ button.