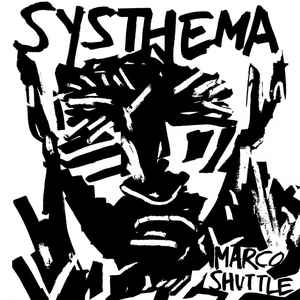 Background/Info: Marco Sartorelli aka Marcho Shuttle is born in Italy, but based in London (or Berlin). He released a considerable number of productions during the past few years (mainly EP’s). He released a debut full length “Visione” on his own label Eerie (2014) and is now back on track with a next full length.

Content: Both debut tracks are into pure mysticism. The atmospheres are intriguing and somewhat sensual or should I say ‘tantric’. The cuts are driven by slow cadence which is progressively becoming more danceable from the 3rd cut on. The work remains pretty ambient and evasive revealing numerous space-like sweeps and atmospheres. The tracks become more danceable by the sensual technoid rhythms.

+ + + : Marco Shuttle has composed a sonic bridge between fascinating ambient sound atmospheres at one side and danceable techno arrangements at the other side. The space dimension makes it all more accessible and a bit intriguing as well. I especially like both debut cuts for the Eastern-like mysticism. Among the more ‘danceable’ cuts I especially like “Con Sequenza”.

– – – : The passage from both debut songs towards the third cut is somewhat abrupt. You don’t exactly expect the sweet and mystic atmosphere becoming suddenly carried by a technoid (slow) cadence. I’m missing some coherence here. The album is globally speaking cool and enjoyable, but without a real apotheosis.

Conclusion: The least I can say is that “Systhema” deals with an original merge of influences. The ambient side will get you in dream while the technoid elements will get you to dance.