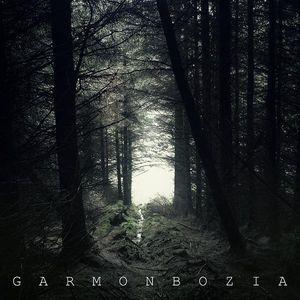 Content: It all started with the impressive “Xenoglossy”-full length, released by Juggernaut Music Group during 2014 revealing a few outstanding synth-pop songs like “Salvation” and “Arizona Lights”. The Swedish duo joined hands with the growing AnalogueTrash Records to unleash their new album.

“Garmonbozia” reveals similar synth-pop ingredients and a well-crafted work. John Lindqwister and Richard Flow both are experienced artists who perfectly know how to make good pop music. From the very first notes and arrangements you’ll notice this kind of typical ‘Swedish’ synth-pop sound reminding you of some of their most famous compatriots in the genre. “Dark Heart Of Me” is a well-crafted song revealing fine bleeping treatments and a somewhat new-wave like bass line. It’s a rather catchy song with some moody passages.

The next attention grabber is “The Bombs” for featuring guest vocals by Mårten Kellerman (Statemachine). The song has nothing in common with the power-pop of Statemachine, but seems to accentuate a kind of moody atmosphere running through most of the songs.

The 2nd part of the “Garmonbozia” reveals several different cool songs although I can’t say that there’s a new “Salvation” among the tracklist. I’m missing a kind of absolute ‘hit’ with a catchy climax although I fully enjoyed songs like “Battered” and “In Between And Above It All”. Both songs are totally danceable and accomplished with some nice vintage touch (especially at “Battered”). We here for sure get the best part of “Garmonbozia”.

I still have to mention the final song “Train”, which is an interesting one for the injection of guitar playing (by an artist called Judas) adding an extra moody element to the music. It all remains pretty pop-like, but it still adds an interesting indie flavor, which eventually can be a new path to explore.

Conclusion: While I became totally addicted to the “Xenoglossy”-album this new work reveals multiple cool songs, but no absolute highlights.