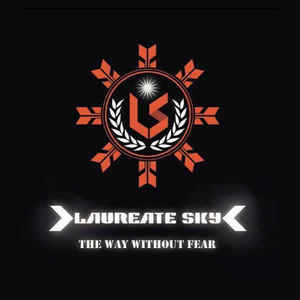 Background/Info: Laureate Sky is a duo from Madrid driven by José Manuel and Chema Kradalien who know each other from a former EBM-minded project called Devout. You maybe remember the album of Devout entitled “Love For The Unusual” released in 2011 on the now defunct Mutant-E Records. Laureate Sky is a new experience, which already brought the band to play several live performances together with established formations. This album is their first full length album featuring 11 songs.

Content: The sound clearly reminds me of retro EBM from the 90s. Laureate Sky doesn’t innovate, but clearly composes the music they like inspired by some of their favorite formations in the genre. It’s an easy listening production without real powerful passages although a few cuts are a bit harder.

+ + + : Laureate Sky deals with an easy listening EBM style with retro elements on top and a few pop influences. I personally prefer the few cuts featuring pop elements. These songs are more elaborate and I think it’s the path the band has to move on with. On the other side I also have to admit that the pure into EBM-minded “Roots” probably is the single potential hit on the album. This cut sounds harder and feature a simple, but cool chorus and break.

– – – : Some songs sound a bit unaccomplished like missing a climax. There’s less innovation and Laureate Sky is not the band that will take you by surprise.

Conclusion: I prefer Laureate Sky instead of Devout, but there are still a few elements to improve in the global production process.

Since you’re here … … we have a small favour to ask. More people are reading Side-Line Magazine than ever but advertising revenues across the media are falling fast. And unlike many news organisations, we haven’t put up a paywall – we want to keep our journalism as open as we can. So you can see why we need to ask for your help. Side-Line’s independent journalism takes a lot of time, money and hard work to produce. But we do it because we want to push the artists we like and who are equally fighting to survive. If everyone who reads our reporting, who likes it, helps fund it, our future would be much more secure. For as little as 5 US$, you can support Side-Line Magazine – and it only takes a minute. Thank you. The donations are safely powered by Paypal.
Tags: EBM, Laureate Sky