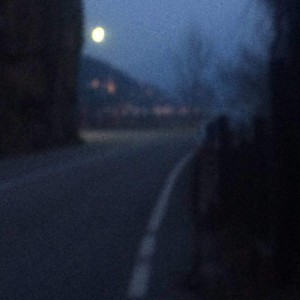 Background/Info: Last year Janosch Moldau released his fourth full length album “Minor”. The Bavarian (Germany) based artist remixed nearly all of the songs from the album for this EP. The songs have been produced together with Gerhard Potuznik who already produced albums from bands like Chicks On Speed, Electronicat, Mediengruppe Telekommander ao.

Content: You’ll easily recognize most of the songs originally featured on “Minor”. “Ghost Tracks” invites the listener to embark for a new melancholic ride in the personal electro-pop universe of Janosch Moldau. It’s a dreamy universe although filled with sorrow and revisiting some of the most essential songs of the “Minor”-album.

I can’t say that the songs became more danceable, but some of them definitely more artistic and accomplished. Especially the remixes of “Jesus Denies” and “Done wrong” are noticeable cuts.

+ + + : “Ghost Tracks” was released one year after the release of “Minor” and that was an excellent and creative way to bring the album back to life in a somewhat alternative and improved way. This is a creative process revealing some perfectionism, but mainly the particular pop approach of Janosch Moldau. He mixes raw sound treatments with evasive electronics and delicate arrangements.

– – – : “Ghost Tracks” is a nice extinction to the “Minor”-album although it’s not what I would call a revolutionary process. The songs and global atmospheres hanging over this album aren’t that different from the original versions. I think this release is more like a must have for the fans of the artist.

Conclusion: “Ghost Tracks” doesn’t add that much new to the original work except sometimes a more sophisticated and different approach. It however appears to be an interesting challenge to revisit an album one year later.