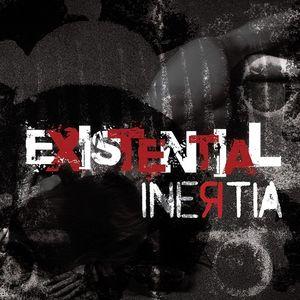 Content: Inertia strikes back with their 12th full length album in 23 years. The line-up for this opus consisted of mastermind Reza Udhin, Andrew Lowlife (Swarf) on keyboards and Tim Stephens (EMF) on guitars.

The album opens by the familiar EP-song “Dark Valentine”, which sounds as the right debut track. I like the clip of this song, but I’ve some problems with the composition revealing a different –and probably due to evolution, side of the band. Inertia has lost their initial and familiar power-electronics style to move towards softer and somewhat cyber-rock orientated fields. The song is well-crafted, but without a real climax.

I got a similar feeling during the next few cuts. I’m missing the good-old spirit of the band and the lack of power emerging from the songs is a bit disappointing. On the other side I have to admit that Reza Udhin as a singer has seriously improved his vocals skills. I’m however missing Alexys B for her female and graceful input on vocals.

The sound of Inertia becomes a good match between electronics and guitar. The tracklist progressively evolves towards some harder passages although it never brings the good-old spirit to life. “Hang Around” features cool electronic parts, which remind me of the best years of this band, but I’m once more missing a climax. The compositions have been accomplished without this ‘dirty’ and somewhat ‘raw’ approach, which made this band famous.

The last cuts however bring some improvement. I like the electronic sequences running through “Hiding” while this song is carried by a great chorus. This is definitely my favorite song of the album.

“Legacy” is another attention grabber, which is characterized by a poppy-minded tune. Globally speaking this work remains in between elements of pop and cyber-rock music.

Conclusion: Inertia doesn’t repeat themselves and that’s rather positive, but speaking for myself, I’m not that fond of this evolution in sound, which is missing a true spirit. I’m afraid this is not the Inertia album we’ll keep in mind.