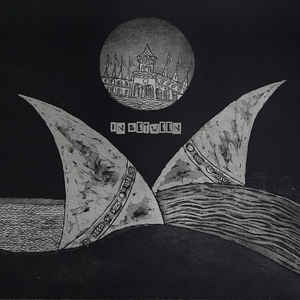 Background/Info: In Between is the solo-project of Italian artist Luca Maria Baldini. This self-titled debut work deals with the ‘relationship between material and immaterial world’ and has been transposed into 9 compositions. A few guest musicians contributed to some tracks as well.

Content: The sound is something pretty cinematographic and ambient-like, but has been composed in a rather experimental way. There’s a mix between electronics, acoustic instruments and field recordings. The piano is rather important while cello parts inject a more emotional touch to the production.

The work moves in between dreamy parts and psychedelic elements, but always remains ambient-like. You’ll also notice a few vocals and guitar on the ballad-minded song “Gone Gone”.

+ + + : The reverie side of the album definitely is the most noticeable element of the sound. This ambient and cinematographic approach isn’t new at all, but the diversity it has been composed with is interesting. It reveals a creative process and an atypical ambient style. The opening song is a well-crafted piece in the genre.

– – – : Despite the creative approach and atypical composition, “In Between” is not exactly the most accessible work. It remains music for ambient lovers, but I’m missing some cohesion between the songs.

Conclusion: Some will maybe consider In Between as a visionary or avant-garde like artist while others will have some serious difficulties to grasp the deeper sense of the music. It sounds a bit black or white and didn’t really impress me.