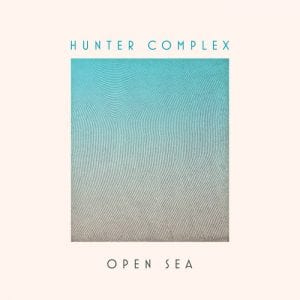 Background/Info: Hailing from The Netherlands, Lars Meijer (owner of Narrominded Records) strikes back with his Hunter Complex project. “Open Sea” is the third album of this project and the first one in six years. A few EP’s were also released in between albums.

Content: “Open Sea” is an instrumental album with a very strong soundtrack-appeal. This is pure electronic music, which has something retro/80s like, but still something more contemporary. I sometimes get the impression this sounds like a modern approach of some pioneers like Jean-Michel Jarre, Tangerine Dream and co.

+ + + : “Open Sea” appeals to lovers of electro-ambient and cinematographic productions. The songs are well-crafted, revealing beautiful synth passages. I especially like the 80s like element. The sonic spheres will make you forget your daily stress and awake in a mysterious, but relaxing universe.

– – – : The sound formula is pretty similar, the tracks become a little less predictable after a while. I think it would have been interesting to hear a few (spoken) vocals now and then.

Conclusion: Hunter Complex is a modern ode to synth pioneers.

Best songs: “A Float For A Marker”, “Account Of The Moon”, “We Fought For America”.