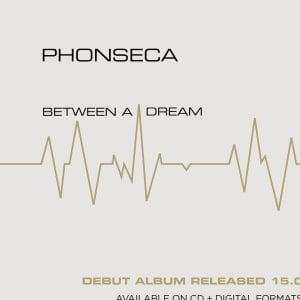 Background/Info: Matthew O’Connor is based in Bristol (UK) and set up Phonseca in 2017. After a previously released EP “Afterglow” he now has launched his debut album featuring 8 songs plus 1 remix.

Content: The sound universe of Phonseca is clearly dominated by electronic-ambient music. It feels totally relaxing and dreamy-like. Some passages are pure cinematographic music. Most of the songs are instrumentals, but there are also 3 songs with vocals. O’Connor worked with guest singers and the cover version of New Order’s “Bizarre Love Triangle” is especially a noticeable one.

You also will find 2 tracks taken from the “Afterglow”-EP and the last song remixed by Scanner..

+ + + : If you like ‘classical’ electro-ambient music, Phonseca might be something for you. It’s an evasive experience in sound driven by deep, resonating bass lines and enlightening synth parts. Some tracks are refined with subtle piano arrangements and crystalline bleeps. The female guest vocals add a nice bonus to the work and especially the “Frozen Music”-track is worthy of examination. The remix of “I See Stars” by Scanner is a pretty cool last song.

– – – : I can easily imagine the cover of New Order might become the most successful piece of the album. It’s well-crafted, but this ambient-pop exposure is not exactly my favorite part of the work.