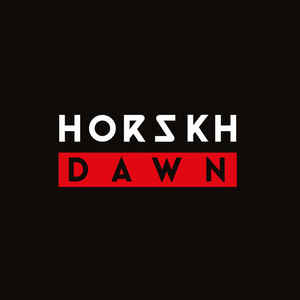 Background/Info: Horskh is a French duo, which released a debut EP “Dawn” in 2014 on Audiotrauma. Because of enthusiastic reactions this EP has been now re-released featuring the 5 original songs plus 3 new tracks and 5 remixes.

Content: I never heard of this band before, but I can assure you I’ll not soon forget this work. Horskh reminds me a bit to their compatriots of Malakwa although their sound and global approach is more industrial-like and  technoid. It feels a bit like the sonic hybrid of Combichrist (for the rage) at one side and ‘older’ bands like Sheep On Drugs and Cubanate (for the crossover between electronics and guitar).

The songs are carried by aggressive sequences and raw technoid sound treatments, which make it all pretty industrial-minded. You get a succession of furious bass lines merged with amazing sound blasts. The vocals are quite enraged as well, which creates a great match with the sound.

Among the remixes made by bands 2 Methyl, Näo, Loss, Flesh and Hologram I especially will keep the remix from their label mates Flesh in mind.

+ + + : Horskh mixes industrial and techno music in a very heavy and aggressive way. I’m totally addicted to their phenomenal sound blasts and great bass lines, which mainly come through on the familiar songs from the previously released EP.

– – – : The new songs, with the exception of the instrumental “Tainted”, are not exactly adding a real bonus while I expected much more out of the remixes.

Conclusion: If you would like to experience a real sonic earthquake, which will make you dance like a possessed freak, you better try Horskh. This is a band to keep in mind.