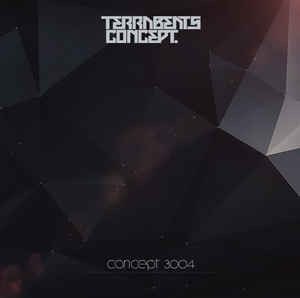 Background/Info: Terrabeats Concept is a Serbian solo-project set up by Marijan Stancic. This artist was previously active in the metal scene, playing guitar until he moved towards more electronic sounds. That brought him to set up Terrabeats Concept, which is now already active for more than 10 years. A few EP’s have been released while this is the debut full-length revealing 10 tracks.

Content: Terrabeats Concept sounds like a fusion between different genres. There’s a constant switch and evolution from wafting, cinematographic passages to a kind of experimental dubstep carried by deep, blasting sounds while mixed with multiple sources of noises. There also is a psychedelic touch and other d’n’b influences, but it’s a more experimental and definitely glitch-like element that emerges at the surface of multiple cuts.

The album sounds like having been made in a dedicated sound laboratory. The creation has been accomplished with a special care for great sound treatments. A few spoken samplings can be heard now and then as well.

+ + + : Diversity is the main keyword and still the main strength of this work. It sounds like a modern and avant-garde like composition, which is mainly dominated by impressive deep, resonating sound blasts.

– – – : I can’t say that “Concept 3004” is the most accessible work and you really need a few listenings to get a bit more into the sound of the artist. This is a complex and versatile work.

Conclusion: You have musicians and sound creators! Terrabeats Concept definitely belongs to this experimental number of artists who are more into the creation of sounds and the mix of influences instead of a clean and structured composition. Terrabeats Concept is to music what David Lynch is to the film industry: a visionary and fascinating artist, but who’s not easy to understand.