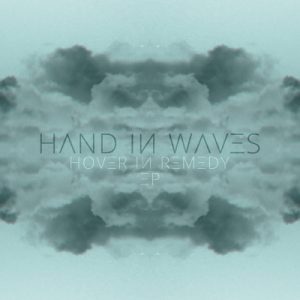 Background/Info: Hand In Waves is a German electronic music project mainly inspired and driven through electro-pop music. A few number of EP’s have been released thus far. “Hover In Remedy” was released earlier this year while there also is a brand-new EP. Notice by the way that the EP has been mastered by Jan L (Noisuf-X, X-Fusion, Stoppenberg)

Content: “Hover In Remedy” creates some distance with the classical electro-pop standards. The sound is inspired by more intelligent and sophisticated productions, which sometimes remind me a bit to the astral dimension of Mind.In.A.Box. There also is a kind of space-effect on top of the vocals, reinforcing this galactic dimension.

+ + + : What I especially like in the sound of this band is the creative spirit to compose a ‘different’ kind of electro-pop music. Even if some passages make me think of Mind.In.A.Box, Hand In Waves is not a copyist, but a project exploring refreshing electronic fields in pop music. The space atmosphere supporting the entire EP is quite exciting, but I also enjoyed the global sound treatments and the effect on top of the vocals. You here and there will notice a few more influences such as an EBM bass line and technoid arrangements, which is reinforcing the creative approach of the sound.

– – – : The single reproach I can make is a lack of diversity between the 4 songs. It all sounds cool, but without a real climax!

Conclusion: Hand In Waves is an interesting formation for their more personal electro-pop sound. It sounds a bit like an electro-pop alien surrounded by Depeche Mode clones. This is a band to keep an eye on!