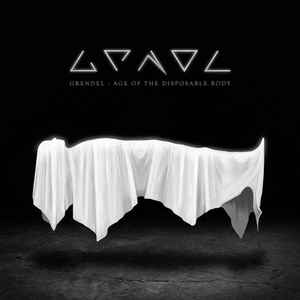 Background/Info: Grendel became without a shadow of a doubt one of the leading formations in dark-electronics. It finally took 5 years for ‘VLRK’ to achieve this new opus, which is the fifth full length in history of the band from The Netherlands.

Content: The hiatus of five years between the previous album and the new songs might explain the ‘renewed’ sound of Grendel. This work is quite different from the ‘traditional’ and extremely powerful work Grendel has previously composed. This new album is a fusion between multiple influences, which are still dark-electro and EBM driven, but still revealing noticeable guitar playing, a kind of industrial melodies and electro-rock. The vocals became quite different as well, being clearer and more ‘natural’.

+ + + : It could have been easy to emulate the successful sound formula of previous albums, but Grendel clearly experimented with other influences. The sound became more personal and mature, but it clearly takes some time to realize this is maybe a new beginning for Grendel. The sound is mixing danceable vibes, power, carrying melodies and a great vocal production. VLRK aka JD Tucker reveals to be a talented singer for this kind of electro-rock & industrial-pop music. But the biggest surprise remains the innovating elements running through his music. The guitar playing is not exactly what you expect from Grendel, but there’s even a song featuring saxophone parts. I however prefer some of the solid EBM bass lines (cf. “Dead Inside”, “Fall Like Rome”).

The list of remixes is quite impressive and I here especially want to mention the great job done by Shiv-R and Spit Mask.

– – – : It takes some time to get used to this new opus, but the least I can say is that you better have to discover the new stuff while forgetting all previous releases.

Conclusion: No doubt about it, Grendel will take the fans by surprise unleashing a different sound, which is more open-minded and ‘rockin’. I however prefer the dark-electronic format from the early years.