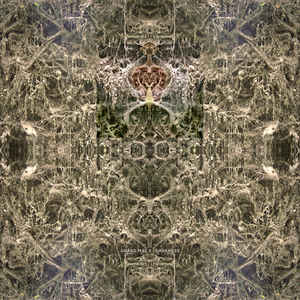 Background/Info: Set up in 2010 by Swedish musician Karl Rydby, Grand Mal X has been mainly active releasing music on cassette format. Joining hands together with Ant-zen is not only a consecration for this artist, but is an opportunity to reach a wider audience while “Darkness” also is the first official CD-album.

Content: It’s not an easy thing defining the music of Grand Mal X, but there clearly is an electro-retro approach reminding me of the 80s. The opening songs will appeal for 80s lovers featuring a few great cuts carried by deep bass vibes. Quite progressively the work evolves towards a more experimental- and cinematographic format. It’s more ambient-like and makes me think to ‘glasshouse’-music built up with precious sound treatments.

+ + + : I’m totally addicted to the opening part of the work. The electro-minimal and totally vintage-minded sound is absolutely great. It sounds dark and somewhat sterile while revealing a tormented atmosphere recovering the production. This obscure side comes back in the cinematographic approach of the work. Sound-wise this album is characterized by original sound treatments and carried by deep, overwhelming bass vibrations.

– – – : It’s all about personal taste, but I’m not as convinced by the ambient/cinematographic side of the work. It’s not bad, but definitely not reaching the level of the electro-minimal cuts.

Conclusion: Grand Mal X will be for sure a discovery for numerous electronic lovers, which thanks to the Ant-zen distribution will for sure gain more recognition and interest. This is a band to keep an eye on!

Since you’re here … … we have a small favour to ask. More people are reading Side-Line Magazine than ever but advertising revenues across the media are falling fast. And unlike many news organisations, we haven’t put up a paywall – we want to keep our journalism as open as we can. So you can see why we need to ask for your help. Side-Line’s independent journalism takes a lot of time, money and hard work to produce. But we do it because we want to push the artists we like and who are equally fighting to survive. If everyone who reads our reporting, who likes it, helps fund it, our future would be much more secure. For as little as 5 US$, you can support Side-Line Magazine – and it only takes a minute. Thank you. The donations are safely powered by Paypal.
Tags: Grand Mal X