We also talked to the other remixer on this EP, Claus Kruse, leader of the famous Plastic Noise Experience who also has a more engaged project under the Gaytron flag. 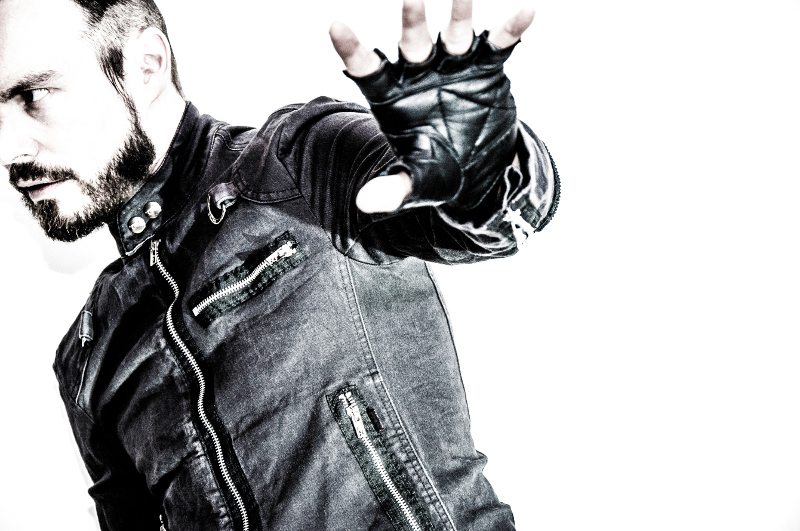 SL: Claus, what does the 17th of may mean to you at all? How important are such “international” awareness days for you?

C. As a matter of fact it‘s a very important day and international awareness is needed. Worldwide too many gay, lesbian and transsexual people experience discrimination and violence. As long as there are still countries where same sex relationships are criminalised this promotion is crucial.

SL: With a project like Gaytron, I suppose we can consider you as an engaged artist too?

C. I started my gay music side project called Gaytron in 1992 after I faced some homophobic attacks during our PNE shows at that time. My message was pretty simple: I am proud to be gay and whoever doesn’t like that should simply fuck off. The lyrics came pretty much to the point in tracks like Männerliebe. It was very important to me to make a clear statement. Nobody should hide for being homo or transsexual. The tracks at that time worked out very well. I got very good feedback from all over the world.

SL: And since the creation of Gaytron, how have things progressed and evolved the last 25 years? Did you perceive any switch in mentalities at all?

C. Being gay in the EBM scene isn‘t a big issue any longer. It‘s a very gay friendly scene and actually nobody cares if you are homo or transsexual. It‘s a community about music. 30 years ago the scene was more mixed with all kind of weird teenagers from all kind of political directions. Any kind of right wing ideas are not tolerated in the scene nowadays.

SL: And by the way, what was your first impression you had on Junksista’s song “50 shades of gay” when you first played it before accepting to remix it?

C. It‘s a great track. Junksista did exactly the right thing and I love the fact that they can laugh about themselves. The lyrics are awesome. I hope there are more artists to create even more awareness about the international day against homophobia and transphobia. The more the better!