Starting with the instigators of the project, Boog & Diana S. of Junksista 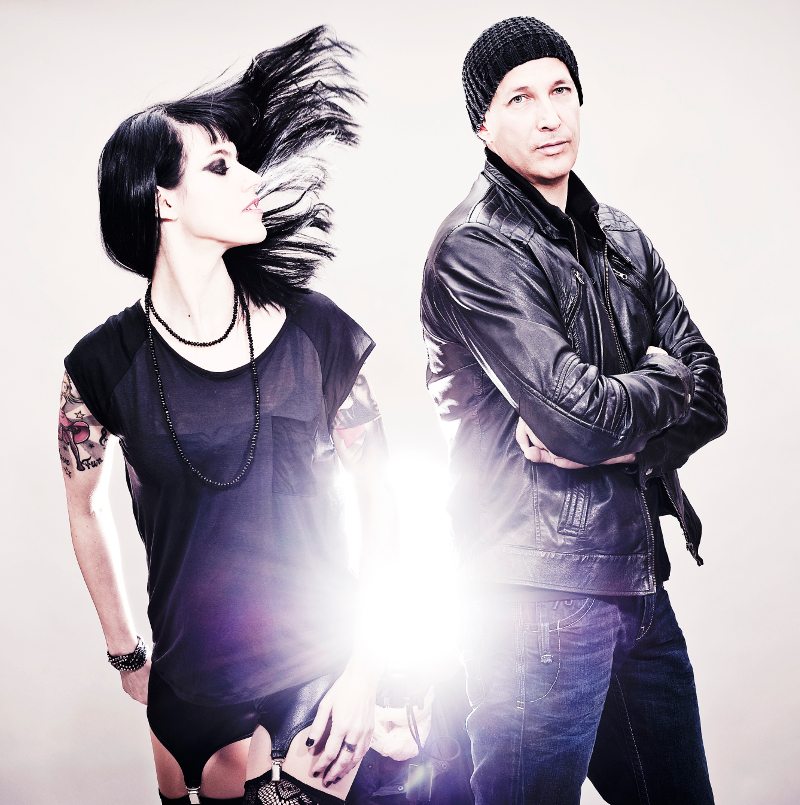 SL: Does the 17th of may (international day against homophobia and transphobia) mean something special to you Boog at all?

B. The international awareness day should solely be used for reminding everyone of us that we should stay aware every day of those issues where someone is being bullied because of the way he/she (or both) chooses to live!

To me, this day is specifically there for the not so tolerant kind of straight people – sometimes we forget that. Gays usually celebrate it, they are out on the streets to demonstrate. But they obviously ARE aware of the issues. The ones that live their lives, not realizing that others struggle simply because of the way they were born… or the ones finding it normal and right that some people have less rights than they do – this day exists for them. For me the 17th of May is especially important this year, because we as a band decided to do something to reach out to these people who lack awareness. Obviously “50 shades of gay” is also aimed at everyone who likes to party and/or celebrate their queerness!… As long as the issue gets noticed!

SL: Junksista always enjoyed confronting & even provoking… Does it make you an engaged artist too?

B. Does being in a band with Diana not kind of automatically make me an engaged artist?

D. I guess I am engaged simply because I don’t hide that I am gay. Just being there and being ok with myself is more than some people have. We shouldn’t hide!

SL: How much have mentalities changed / evolved on the music scene around homosexuality since your early years and today? Did you notice changes at all?

B. There used to be a lot more prejudice in the early years but I think the reason for that could be that homosexuality was positioned outside the “normal“ community and was a topic not to talk about. Today I think there’s a lot more open communities and people in general accept different lifestyles / orientations. With a lot of artists who are living openly gay now it’s getting easier to make that fact clear for those who still want to think that their way of living is the only valid way, but it’s still a long way to go.

D. Clearly things have changed and when it comes to music. We should thank the artists who are openly gay and the artists who support the queer community – Madonna, Ellen Degeneres, Lady Gaga… to name a few! I think, every time someone like George Michael or Kristen Stewart comes out, things change. Every time an artist like Beth Ditto reaches the mainstream, it’s a step forward. I guess it’s harder to hate or discriminate a group of people when you also buy their records and love them for their art. I have to say though, that compared to the discrimination that transgenders are faced with, the gays are doing ok – at least around here. We all know, there are countries where barbaric shit still happens. It’s still a long way to go until no one even cares anymore about that kind of thing! Love is Love.