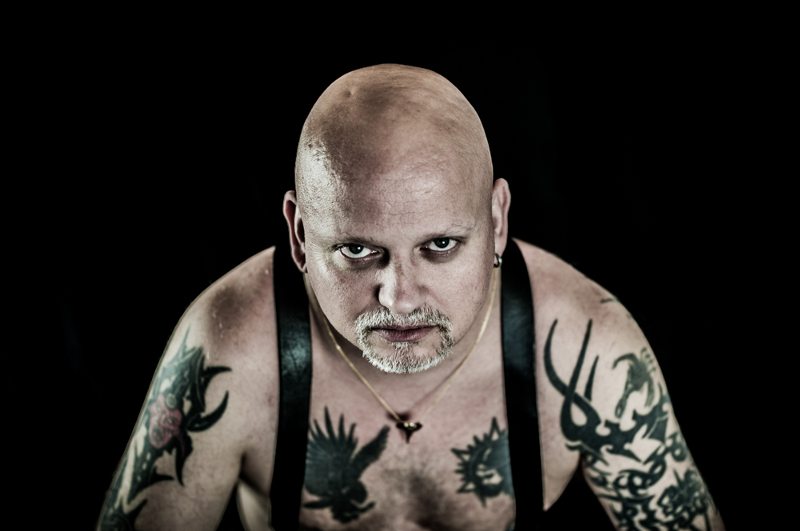 SL: Does the 17th of may (international day against homophobia and transphobia) mean something special to you at all? How important are such “international” awareness days for you?

Claus: Yes it is very important day for me. Especially for the millions of people living in constant fear because of the way they were born. Having to live a lie or hide who they really are to feel safe and live in peace, because of something you have no control of is a feeling that kills you slowly. I myself found a way out of my hell through music, but I was also lucky enough to be born in Denmark, and I feel that it’s important for us who can live a relatively safe open daily life, to be the voice for the people who would risk their life being open in public about their situation.

SL: Can we consider you as an engaged artist?

Claus: Yes. My songs also reflect that. My lyric topics often involve issues about social problems, hatred aimed at what’s not the norm, and standing up for yourself and to be strong enough to be exactly who you are. When I started to write songs I was 14 years old and very much in the closet, and the music saved me. I found an outlet for all my pain and frustrations about the hate I felt because people could feel that I wasn’t like them, and it still serves that function for me today, cause these scars never go away. If I can help one person with a lyric or song, I have served a purpose.

SL: You who have been active on the music scene for such a long time. How much have mentalities changed / evolved around homosexuality since your early years and today?

Claus: The scene was somewhat homophobic back in the 90’s, and I really felt that when I came out in public, when I met and married my husband Kurt. The labels I was on at the time would have DJ’s sending back promo copies of my releases telling the labels not to send them this “gay shit”, and other worse words, and that was from DJ’s who played me lots before I came out. I still hear a “faggot” shouted now and then when we play festivals, and I can’t say that it doesn’t hurt, I know I shouldn’t but it does, it brings up a lot of really nasty memories from my childhood and teen years. At my own shows there is nothing but love and respect. One time I stopped the show at a festival in Berlin, and said to the crowd “To that asshole who just shouted Faggot at me, Please come say it again to my face instead of hiding like the scared little shit you are hiding there in the audience”. But I get so many private emails from people, and such nice words at the shows, who think of little old me as a role model for them, and that makes it easier to deal with the name calling. I am known as the EBM queer Uncle Claus, and I’m bloody proud of that. Also I’m too old to give a shit, I’ll be OK, it’s the youth we got to worry about, and what they have to grow up in, especially in countries where gay people are seen as filth and something not human.

SL: What was your first impression you had on Junksista’s song “50 shades of gay” when you first played it before accepting to remix it?

Claus: I found it really refreshing and very danceable, and with a great lyric too. I got the idea for my version instantly so it was great fun to be a part of this great release.