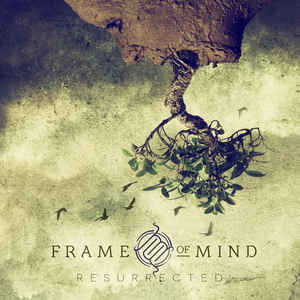 Background/Info: Set up in the late 80s by German duo Michael Friedrich – Marko Hein, Frame Of Mind was featured on a few noticeable samplers while the debut album they were working never got released. Infacted Recordings finally released this ‘early’ stuff on their famous “Classics Series” (2017). The duo is alive and kicking! They finally reactivated Frame Of Mind and this opus is the result.

Content: You rapidly get the impression that this album is a new release from older tracks. But “Resurrected” is a ‘new’ album, but simply composed the ‘old’ way. It sounds like a move back to the late 80s and 90s, a bit like the offspring between X Marks The Pedwalk, Skinny Puppy and even Leather Strip. I guess it’s not entirely of a coincidence Claus Larsen got invited to sing on one of the tracks. “Resurrected” smells like good-old, but still intelligent EBM.

+ + + : “Resurrected” feels a bit like a search or maybe a quest for good-old EBM. This work is totally free of modern influences like techno elements. This is 100% EBM in the darkest vein of aforementioned bands, but you have to agree that X Marks The Pedwalk and Skinny Puppy are much more than simply references.

This album is not into speed cadences, but all the power emerges from the dark spheres and the intelligence of the sound treatments. You sometimes might notice a little poppy touch running through a song, but it’s just a kind of melodic element adding some harmony to the album. I also enjoyed the typical, spooky way of singing.

– – – : This is the kind of work that would have become instantly successful during the 90s! It’s now more a kind of old-school opus for nostalgic EBM lovers although I think this is the kind of music some people are still waiting for! It’s not that really an original work, but damned efficient!

Conclusion: If you’re into old-school EBM, this is definitely a production that will catch your attention. This vintage sound formula still works and even delivers a few great cuts!