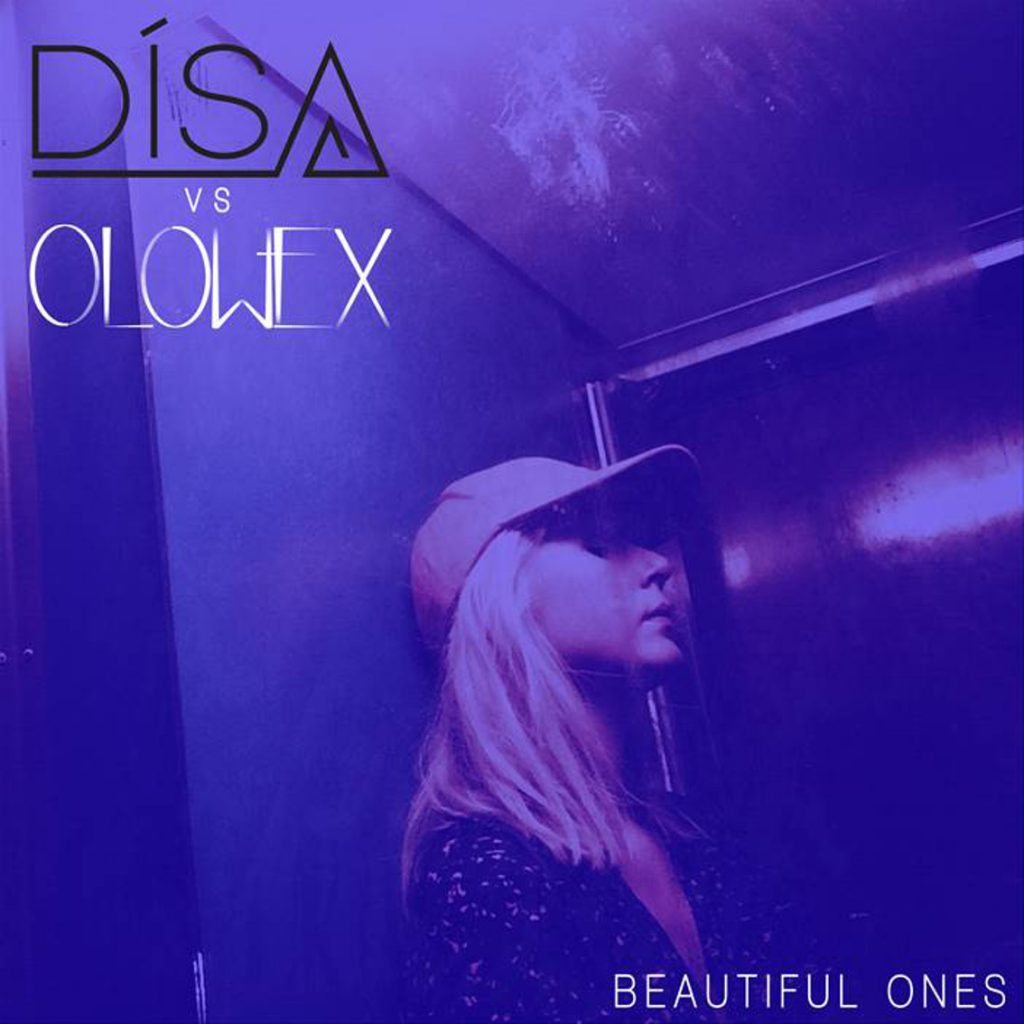 The French cinematic-electro band Olowex has joined up with the Icelandic vocalist Disa to distil a unique new version of her original song “Beautiful ones”.

“Beautiful Ones” was originally released late 2016, but Disa has now teamed up with french electro duo Olowex, to make a new version of her latest single “Beautiful Ones” which adds another layer to the song.

Disa: “Olowex frame the feeling of the song perfectly, dark and driven, empowering, like a dream you have taken control of.”

At the heart of Olowex are film composer Holeg Spies, best known for his duo Savage & Spies (“The Human Centipede”, “The Outsider” etc…), and Yannis Kamarinos, electro composer and producer, notably acclaimed for his Giorgio Moroder remixes. About the collaboration Holeg says: “Sharing ideas about Olowex musical developments, Shelly Poole (co-writer of Beautiful Ones) introduced me to Disa. Yannis and I fell in love with Disa’s voice. We decided to collaborate on new songs. Meanwhile this remix was a way to quickly respond to the excitement of working together.”

And while we are at it, we asked Holeq what he has been doing for the past few years: “For the past decade I focussed on composing for films and needed a break from the electro scene I have been involved in since 93. The flame and passion are back again with Olowex !”

Since you’re here … … we have a small favour to ask. More people are reading Side-Line Magazine than ever but advertising revenues across the media are falling fast. And unlike many news organisations, we haven’t put up a paywall – we want to keep our journalism as open as we can. So you can see why we need to ask for your help. Side-Line’s independent journalism takes a lot of time, money and hard work to produce. But we do it because we want to push the artists we like and who are equally fighting to survive. If everyone who reads our reporting, who likes it, helps fund it, our future would be much more secure. For as little as 5 US$, you can support Side-Line Magazine – and it only takes a minute. Thank you. The donations are safely powered by Paypal.
Tags: Disa, Holeg Spies, Olowex, Savage & Spies, The Human Centipede, The Outsider, Yannis Kamarinos