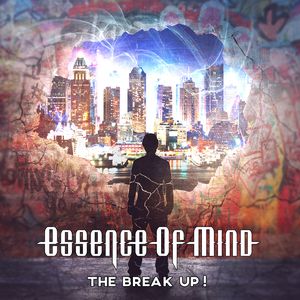 Content: Erlend H. Eilertsen and his acolytes have finally achieved Essence Of Mind’s new album. Essence of Mind made an interesting evolution in sound, which moved from an enjoyable and future-pop driven debut work (cf. “Insurrection”) towards a somewhat naughtier sound which is revealed on their 3rd album (cf. “Indifference”). I would say that Essence Of Mind always has been one of the few bands getting their sound approach pretty close to their famous compatriots of Apoptygma Berzerk while having their own sound identity as well.

The 4th studio work confirms their global evolution all over the years. It’s a perfect mix of great and well-crafted future-pop elements on one side and a surprising and merciless guitar play on the other. The fusion of guitar and future-pop appears to be a real challenge, which finally leads the band to explore new paths, which sometimes are a little less indie-like. The band already showed this noticeable evolution at their previous EP-trilogy (cf. “Escape”, “Wrong” and “Hate”).

All title songs of the aforementioned trilogy have been featured on the album and “Escape” really remains the ultimate reference when it comes to merge electronics and metal-orientated guitar parts. The debut song “No Place To Hide” immediately appears to be an explicit indication to the evolution sound path of this Norwegian band. The mix between these different influences is unique. Essence Of Mind is a kind of sonic Janus revealing two different faces although it remaining the same artist. It doesn’t take away that the somewhat more electro-driven –and already familiar, “Wrong” remains one of the absolute smashers. “Can’t Take It” moves a similar way although it sounds a bit more evasive while the chorus evolves towards a pure climax. The shadow of Apoptygma Berzerk clearly hangs over these songs, but it also might be a kind of Norwegian sound DNA.

The 2nd part of the album features a few more great surprises and the band here really unleashes their talent. The songs become harder and faster again and even a bit darker as well. “The Other Side” is a terrific cut in the genre revealing, first of all, impressive sound manipulations. “The Sequence” sounds pretty similar, but the final part of the song is simply grandiose. Essence Of Mind here moves quite progressively towards an explosive finale.

I also have to mention to last song, which is a great and ‘dance’-minded remix of “Escape.” The album also features three extra songs (which are not available in the digital format). It consists of remixes by compatriots, Technomancer plus Xenturion Prime and Vigilante.

Conclusion: “The Break Up!” confirms the growing talent of Essence Of Mind, but it first of all is a creative work mixing very different influences. This work is a truly masterpiece!