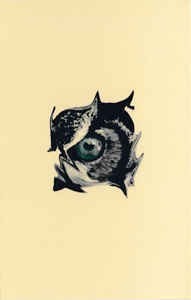 Background/Info: Behind Empty Chalice is hiding Antonine A. who’s also the creative mind behind Gopota. This new album has been released on cassette format and strictly limited to 31 copies!

Content: The first side features 3 tracks and brings us instantly into the vision of dark, sonic corridors with some extra ritual touch on top. Humming sound waves, monotonous atmospheres and ghost-like vocals are leading the listener throughout an obscure dimension.

Both cuts on the second side are a little bit more into experimentalism, but globally speaking it remains a very dark and nihilistic experience in music.

+ + + : The main strength of all kind of ambient-related music genres is to appeal the listener’s mind for images. This way you’re creating your own world, which through the music of this project is colored by obscure themes. There clearly is a vision of horror, but that’s precisely a reference when listening to this music genre. I especially like the kind of ritual touch empowered by different vocal effects. “Muffled Scream” is a real great and tormented piece . “Sidereal” coming next is another attention grabber. There are some bells running through this track reinforcing the ritual feeling and creating the impression of a nearby disaster. Last, but not least I like the ‘underground’ aspect of the work limited to 31 copies!

– – – : I personally prefer the A-side. Both cuts on the B-side are more into experimentalism and sound creation. I’m here missing the tormented spirit of the other cuts.

Conclusion: Empty Chalice is covering different music genres, but it clearly remains an album, which will appeal for the darkest ambient souls.