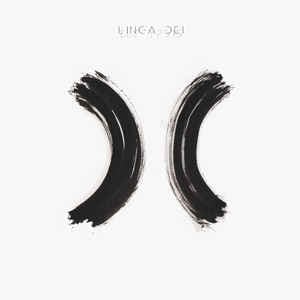 Background/Info: Ele Ypsis has been set up now 10 years ago and is the artistic fusion between Belgian composer Derenne Stélian and French artist Laure Le Prunenec (still involved with the more renowned Igorrr). The most noticeable work from their career has been for sure the “Meiosis”-album released in 2017 on M-Tronic. They now strike back with a new and self-released opus.

Content: It’s not an easy thing to define the sound of Ele Ypsis. There are multiple sources of inspiration running through their work, which in the end all become very cinematographic. One of the main characteristics remain for sure the impressive and artistic voice of Laure Le Prunenec. She sometimes elevates the songs towards a higher artistic dimension.

+ + + : This work is supported with great atmospheres, which became refined and sensitive throughout the multiple neo-classic arrangements and passages. Piano- and violin sounds are pretty important and only accentuates the sensitive touch of the work. It also creates a delicious twist with the great vocal parts. Laure Le Prunenec has a real great impact on the songs. Sound-wise Ele Ypsis is a truly enigma, but still a remarkable fusion between all different kinds of influences. The epic arrangements –mainly emerging during the title track, are impressive, but I also have to mention great incoming drum sections, which you also can hear on other cuts.

– – – : Some passages are a bit chaotic so I sometimes get the impression to lose the feeling and interaction with the work. It’s maybe because too much influences and ideas are coming together.

Conclusion: I wasn’t that familiar with Ele Ypsis, but I have to admit that this album positively surprised me for its noticeable artistic exposure.

Since you’re here … … we have a small favour to ask. More people are reading Side-Line Magazine than ever but advertising revenues across the media are falling fast. And unlike many news organisations, we haven’t put up a paywall – we want to keep our journalism as open as we can. So you can see why we need to ask for your help. Side-Line’s independent journalism takes a lot of time, money and hard work to produce. But we do it because we want to push the artists we like and who are equally fighting to survive. If everyone who reads our reporting, who likes it, helps fund it, our future would be much more secure. For as little as 5 US$, you can support Side-Line Magazine – and it only takes a minute. Thank you. The donations are safely powered by Paypal.
Tags: Ele Ypsis, M-Tronic