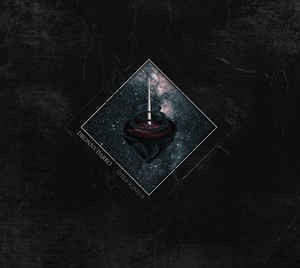 Content: In comparison with “Neuroplasticity” the new work reveals a more explicit dark-ambient approach. The sound is made of dense and dark layers empowered with some industrial noises and metal percussion. It’s pure ‘cellar’-music from, which ghost-like whispers search for an exit.

Some passages move towards a kind of ritual music, which rapidly becomes a truly nightmarish experience. Some breathing noises invite the listener to embrace an evil side of music finding its climax at “Forbidden Wisdom”, which is a scary, but appropriated title.

+ + + : “Spira Igneus” creates this magical transposition from sounds into a strong visual. The tracks are meticulously constructed, progressively accomplishing an ultimate point of no return. This is where you join the ultimate state of fear. The album creates a strong and compact dark sound empowered by industrial elements. I especially enjoyed the opening piece and the great “Forbidden Wisdom”.

– – – : It all depends on your favorite tracks, but I wouldn’t have started with the phenomenal “Sciptures”-track. This is one of the best cuts leading you directly towards a climax.

Conclusion: Dronny Darko is not reinventing dark-ambient music, but he clearly has the skills to compose fascinating music in the genre. This is for sure his best work to date!