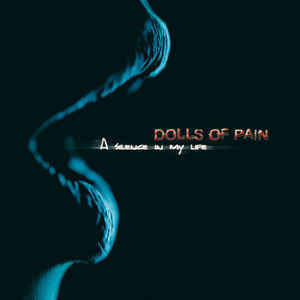 Background/Info: Dolls Of Pain is a French band based in Strasburg which has been active since 2003. After having released albums on Urgence Disk Records and Advoxya they’ve now signed a deal with Dark Tunes to unleash their sixth studio full length.

Content: Dolls Of Pain is an interesting band, which quite progressively evolved in power and global production. I already enjoyed their previous albums, but I have the impression that they surpassed themselves on the new work. “A Silence In My Life” reveals dark electronic tunes mixed with harsh guitar. The songs and especially the choruses are carried by solid melody lines, which make the global work pretty accessible.

The vocals are powerful and enraged. Most of the songs have been sung in English, but Dolls Of Pain also sings (like on previous albums) in their Mother tongue.

+ + + : This album definitely is the most accomplished and successful opus of the band. They’ve found a perfect balance between electronics and guitar resulting in a furious and powerful crossover sound. Most of the choruses are accomplished with great leads, which bring some refinement to the rather furious production. The global sound production is the most noticeable element of this work. I also have to mention that this album features 15 (!) songs without a single remix!

– – – : This album is definitely not into innovation rather than a good-old crossover production. The artwork –especially of the front cover, is not really inspired and could have been much better.

Best songs: Perverse Narcissique”, “No Turning Back”, “I Raze To The Ground”, “Cicatrice”, “Drunk But Happy”.