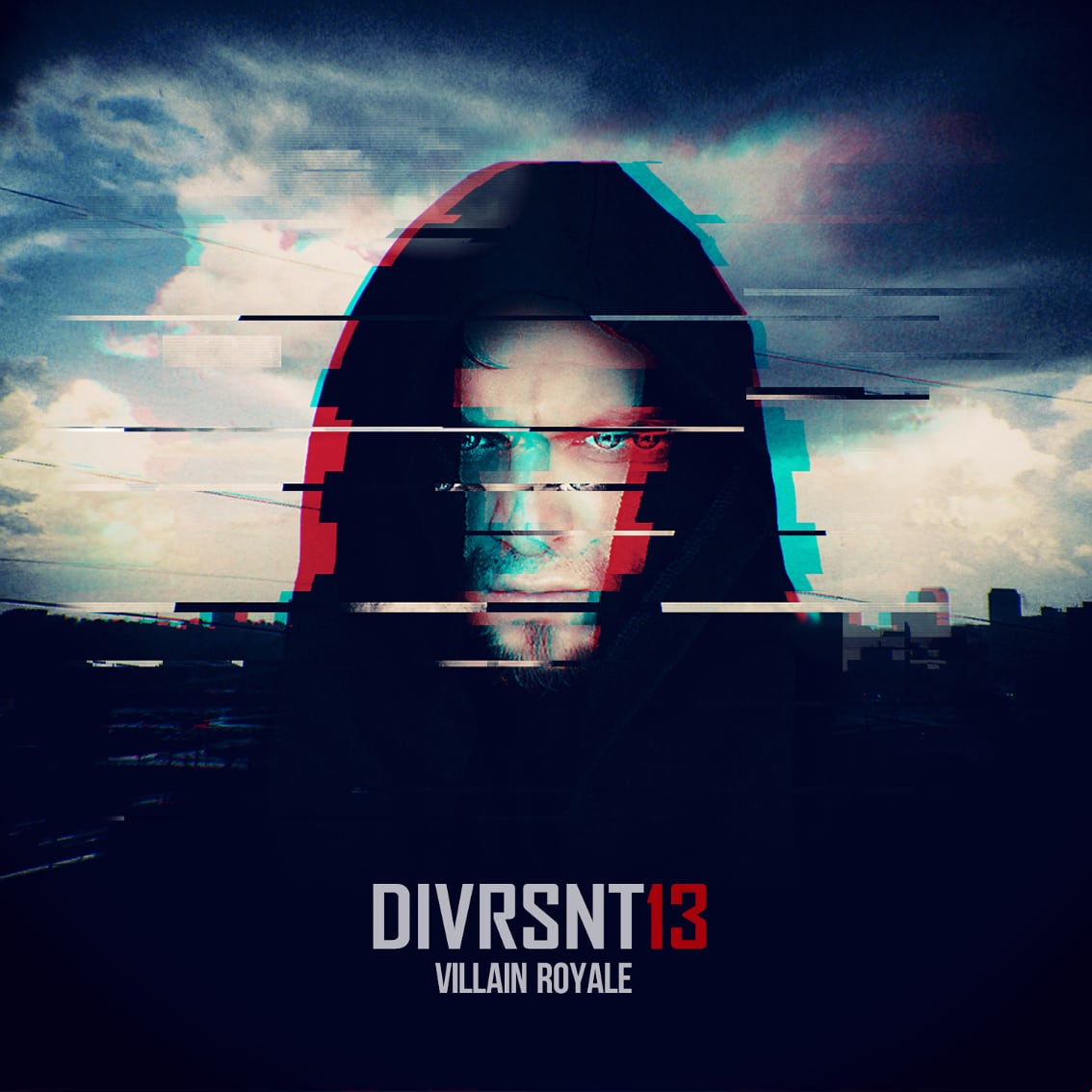 Out now via SkyQode is “Villain Royale”, a new EP by Diversant:13 (now branded as Divrsnt13). The band led by Archr (aka Ars Nikonov, the music producer known for Cold In May, Fury Weekend, Tribal A.D. and numerous other projects) explores new genre territories on this new release.

The new EP, “Villain Royale” is a 5-track bass-heavy industrial offering which blends together the electro-industrial sound of “Ode To Inhumanity”, Divrsnt13’s 2016 album, with crunchy modern midtempo bass music. The release features 4 original tracks as well as a remix from the Moscow-based music producer Oleg Xaler aka Cutoff:Sky.

You can download the EP from Bandcamp or check it out on Spotify etc..