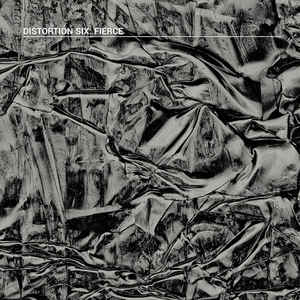 Background/Info: Nichlas Schermann is a Norwegian artist who started his First experimentations early 2000. He released a few productions and now joined Ant-zen, which might be seen as a recognition and consecration for his work.

Content: “Fierce” brings us back to the essence of hard industrial music, commonly known as ‘power-noise’. I’m not that surprised Distortion Six got inspired by Converter. The work is a heavy and merciless exposure of rough industrial sounds and noisy rhythms. Some tracks have been accentuated by electronic sounds. A few tracks progressively move into a trance experience. One of the tracks has been composed together with Vore Complex while the final track is a remix from a Vore Complex track by Distortion Six.

+ + + : If you like the good-old power-noise sound, this Norwegian sonic ogre will satisfy your expectations. There’s an interesting twist between industrial ‘old-style’ music and a more contemporary touch moving into trance. “Gazer” is a great cut illustrating this approach. I also have to mention the more elaborated “Funkfreak”. But the ultimate song is the more into electro-like “Hana Ken” feat. Vore Complex (an English project which also did a great job reworking/remixing songs of Throbberstalk). This track is also featuring vocal parts, which creates a ghost-like effect.

– – – : “Fierce” is a dangerous sonic experience you can’t expose to everyone. It remains a particular genre of music, which will only appeal for the die-hard fans of power-noise.

Conclusion: Distortion Six stands for sonic terrorism; an experience that has to be played at loud volume and, which will get you into trance!

Since you’re here … … we have a small favour to ask. More people are reading Side-Line Magazine than ever but advertising revenues across the media are falling fast. And unlike many news organisations, we haven’t put up a paywall – we want to keep our journalism as open as we can. So you can see why we need to ask for your help. Side-Line’s independent journalism takes a lot of time, money and hard work to produce. But we do it because we want to push the artists we like and who are equally fighting to survive. If everyone who reads our reporting, who likes it, helps fund it, our future would be much more secure. For as little as 5 US$, you can support Side-Line Magazine – and it only takes a minute. Thank you. The donations are safely powered by Paypal.
Tags: Distortion Six, Ogre