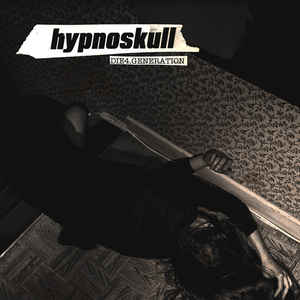 Background/Info: Hypnoskull celebrates its 25th anniversary this year. Recognized artists often release a ‘best of’ for such an event, but Patrick Stevens simply released a new album. The Belgian pioneer of industrial-techno got back to his childhood, remembering the time he lived in Belgium and Germany. He mixed multiple German audio snippets dealing with ‘terrorism’, ‘death’, ‘ideology’, and ‘violence’.

“Die4.Generation” is a hard and danceable work carried by pumping kicks. The second disc looks like an EP featuring 5 remixes of the title song by Elisabeth Marta Hilgenberg, New Frames, 6Siss, Imminent and D. Carbone.

+ + + : “Die4.Generation” is a real accessible album because of its eclectic approach. Hypnoskull has progressively evolved towards more explicit techno/trance fields, creating an efficient fusion with the harder industrial basis of the work. It’s the kind of music you can play at industrial events and at dark-techno parties. But Hypnoskull moves beyond any label or genre and simply reveals a great production featuring icy sound sculptures and danceable rhythms. The samplings of the audio snippets are pretty retro-like, but I always have loved the atmosphere created by this kind of spoken samplings.

I also have to mention the great remix-EP. The title track is a truly appropriated song, which has inspired most of the remixers. I especially want to mention great contributions from New Frames and the more industrial version of Imminent while D. Carbone is my favorite artist for transforming the original version into a clubby industrial & acid cut.

– – – : This is one of my favorite Hypnoskull releases so I have no real minus points to mention. The opening cuts are maybe not the most convincing ones, but you don’t hear me to complain as all cuts coming after are just great pieces of music.