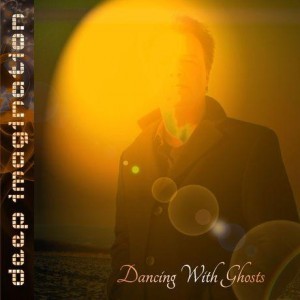 Background/Info: Deep Imagination is the solo-work of Art Of Infinity member Thorsten Sudler-Mainz. This EP is meant as a teaser to the upcoming new album by Deep Imagination, which will be entitled “Deeper Than Trance – Deeper Than Space”. It will the 4th full length from this German artist.

Content: The title song sounds ethereal-like and is sung by a sexy female guest vocalist. The song is pretty evasive and reveals a sacred touch.

Several guest musicians and singers have been invited to join the beautiful ambient universe of this work. The “Chillout Version” of the title song accentuates the divine, sacred element of this electro-ambient work while some extra guitar parts have been added as well.

The B-side song is more than simply a filler and reminds me a bit to the enlightening sound waves of Enya.

+ + + : The songs reveal a delicious sensation of reverie, which is accentuated by beautiful female vocals and chants.

– – – : I personally prefer the remix instead of the original/single version of the title song.

Conclusion: Deep Imagination stands for what this name might evoke to the listeners; this is a sweet and tender sonic caress.

Since you’re here … … we have a small favour to ask. More people are reading Side-Line Magazine than ever but advertising revenues across the media are falling fast. And unlike many news organisations, we haven’t put up a paywall – we want to keep our journalism as open as we can. So you can see why we need to ask for your help. Side-Line’s independent journalism takes a lot of time, money and hard work to produce. But we do it because we want to push the artists we like and who are equally fighting to survive. If everyone who reads our reporting, who likes it, helps fund it, our future would be much more secure. For as little as 5 US$, you can support Side-Line Magazine – and it only takes a minute. Thank you. The donations are safely powered by Paypal.
Tags: Deep Imagination