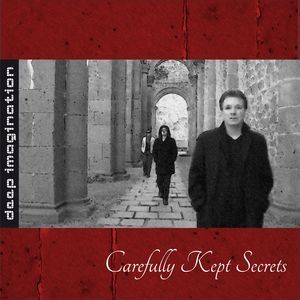 Background/Info: “Carefully Kept Secrets” is the fourth full length by Deep Imagination. This German solo-project is driven by the creative spirit of Thorsten Sudler-Mainz.

Content: I already had the opportunity to discover previous work of Deep Imagination. This opus sounds in the logical continuation of this work and moves on exploring a psychedelic electro-rock universe, which sometimes appears to be the natural child of Pink Floyd and Enigma.

Some female vocals parts remind me of the ethereal style of Enya, but I can mention Delerium on a few of the other cuts. There are many elements running through this album, which features somewhat ethereal chants, slow tribal like rhythms, spoken evasive male vocals and angelic female ones.

+ + + : Deep Imagination remains a fascinating sound experience, which will appeal to a wider audience. The progression running through “ Wings To Fly” is absolutely fascinating, revealing a sonic voyage. But I also have to mention the beautiful “Album Version” of “Dancing With Ghosts” – previously released as single title track. “Carefully Kept Secrets” is an artistic and beautiful piece of work bringing you a kind of relaxation effect.

– – – : I regret a few cuts are maybe a bit too short and I’m especially referring to “Paradise In Space”, which also is one of the most beautiful cuts of the work. It could be an idea to compose an extended version of this song!

Conclusion: Deep Imagination is a band taking you by the hand on a mysterious, but prosper music journey. It will give you a real good feeling sensation.