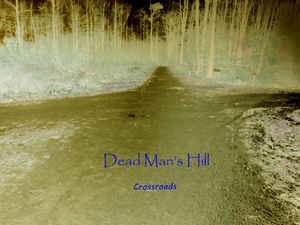 Background/Info: Bart Piette is the ‘body and soul’ of Dead Man’s Hill, which is a project he set up in the late 90s. He released an impressive number of work on different labels like War Office Propaganda, Old Europa Café, Bugs Crawling Out Of People, Steinklang Industries ao. But his newest work, which has been released after a break of a few years, is a self-released digital production featuring 6 songs.

Content: If you’re familiar with the sound of this Belgian composer you instantly will recognize the epic orchestration and powerful bombast. Dead Man’s Hill is a kind of Belgian In Slaughter Natives and that’s more than simply a reference.

Piette is now a real experienced musician who has found the secret formula to compose overwhelming epic music carried by drones and accomplished by intriguing choir layers. The tracks are supported by dark and often tormenting atmospheres creating the illusion of nearby danger. It’s not only epic, but also music for ghosts. That’s what you’ll experience on the final cut, which features some nasty screams mixed with heavy, industrial sounds.

+ + + : I’m not familiar with the entire discography of Dead Man’s Hill (featuring numerous collaborations with other artists), but this new work is a kind of opus magnum. The songs were achieved with knowledge and a real passion for sound treatments and a nose for drama and epic arrangements. It’s a kind of apocalyptic production with an absolute climax on “Strix Aluco: The Gates Of The Deep Way”.

– – – : It’s a damned pity this opus has been not immortalized on CD and/or vinyl format because it’s the kind of record you really want to hold in your hands and simply cherish the artwork when enjoying the music.

Conclusion: I already heard good music from Dead Man’s Hill, but this new work is the absolute masterpiece in Bart Piette’s wide discography. This opus sounds like a reference in the epic music genre.