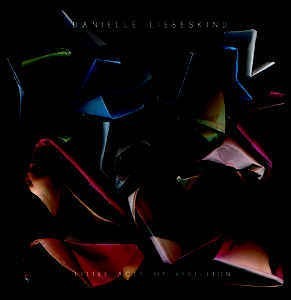 Background/Info: Danielle Liebeskind is a collective from The Netherlands that already released one full length and a few EP’s. This new album features 5 songs that have been released on vinyl format.

Content: The sound universe of Danielle Liebeskind clearly explores the realms of experimentalism. It sounds minimal, but still perfectly suited to visual arts. The different sounds and instruments have been manipulated to create an abstract sensation in music.

The vocals are more into the narrating style and revealing a poetic approach performed by the front lady of the band Danielle Papenborg. She’s accompanied by mainly guitar play, which mainly sounds experimental. I also noticed some piano arrangements and I get the impression that some field recordings or samplings have been used as well.

+ + + : “Little Acts Of Rebellion” is not an ‘easy’ work, but definitely one trying to move on less familiar sound paths. The creativity is the main strength of the work. I personally prefer both tracks from the B-side, which sound a little bit more elaborate and accessible. I’m especially referring to the final cut “No Noise Orchestra”.

– – – : The experimental side of the work often sounds more into improvisation and that’s not exactly the most accessible music you might imagine. I see this music as part of a wider artistic concept featuring other arts like film, pictures, paintings, sculptures, theatre ao.

Conclusion: Danielle Liebeskind is the kind of group that will appeal for a restricted number of music lovers; to those who are not into fashion trends and cheap pop standards, but more in search of complex music, which is hard to define and difficult to seize.

Best songs: “No Noise Orchestra”, “Little Acts Of Rebellion / I Saw Your Light”.