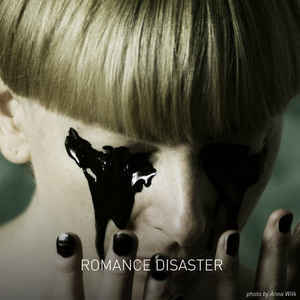 Background/Info: Romance Disaster is a new project set up by Aga Wilk (previously involved in 77TM). This Berliner based producer claims to be inspired by EBM, techno and dark-electro. He joined hands together with David Carretta’s Space Factory label to unleash this 4-pieced EP.

Content: The opening song sounds like an offspring between good-old new-beat influences and electroclash. It sounds cold and into minimalism, which for sure is the main sound characteristic of this work.

The other cuts are more into explicit electroclash influences and even reminding me of Miss Kittin and not only for the female vocals. You’ll also notice a few EBM elements running through the work. Romance Disaster also stands for good-old vintage electro treatments, which also is the trademark of Space Factory.

+ + + : Romance Disaster hasn’t reinvented the electroclash style, which we now commonly call dark-techno or minimal-EBM, but it’s a damn successful production in the genre. The songs have been accomplished with magic analogue sound manipulation while carried by solid dance vibes. “Black Silesia” is a great cut to start, but I really have to mention the entire EP. I also like this kind of EP featuring 4 different songs.

– – – : When an EP is good, but only features 4 songs you can only be frustrated when coming to the end. Sound wise Romance Disaster doesn’t innovate, but has found the best receipt to compose great minimal electro sounds.

Conclusion: I already discovered a few cool bands on Space Factory and Romance Disaster is one more name to keep in mind. “Boy” has the power to make you dance for the entire EP.