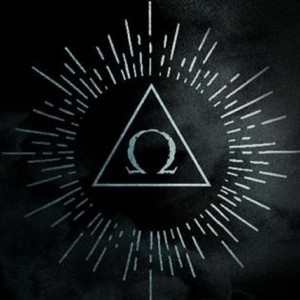 I last year discovered the debut-album “Gnosis Dei” of Metatron Omega. The Serbian project is driven by ‘Scorpio V’ who claims to be inspired ‘by ancient mystery schools, esoteric Western tradition, Kabbalah, Gnosticism, esoteric Christianity, secret societies and all mysteries of the Divine.’ Metatron Omega recently released a new opus entitled “Sanctum”, which sounds like the natural continuance of the dark-ambient and ritual style revealed on the first album. Both album have been released on  Cryo Chamber.

Q: What can you tell us about the name Metatron Omega and do you have any particular references and influential bands when it comes to compose your music?

MO: The name is symbolic representing the path to acquire greater knowledge, or to get close to the Creator of the Universe; the singularity, ‘Omega’ point, name it as you want, thus achieving its supposed purpose. ‘Metatron’ is a representation of a being that stands by the side of godlike forces, a messenger of the non-manifested information. It exists to channel the essence of higher dimensions to the lower ones. Omega is representing the ultimate attainment of everything there is to attain, and the glorious end of the Universe that comes as a natural consequence after that sacred act.

I don’t have any particular references for the music other than dark-ambient as a stellar and an inspiration genre itself. I can get inspired by one single chord or sample of a sound and my mind creates a entire new universe around it. Church, choirs and religious / ritual- and ambient music obviously are the biggest sources of inspiration to me providing great deal of identity to this project.

Q: Can you analyze any possible evolution in sound and writing from “Gnosis Dei” towards “Sanctum”?

MO: It’s very hard for me to do the comparison because I consider both releases as accompanying each other. While both of them are unique and somewhat technically different from one another, in my mind they intertwine and create a singular, continuous narrative. Things I didn’t or didn’t want to include in “Gnosis Dei” are included in “Sanctum”, and things that differ in “Sanctum” are things that are actually missing from “Gnosis Dei”.

It can sound weird but I created both albums while having in mind both albums. I can now say that I consider the next release as a perfect triangulating point of these two, yet at the same time constructing the universe of its own.

Q: Your sound reveals an explicit and overwhelming ritual element. Tell us a bit more about this essential aspect of your work and how do you work on it?

MO: This element is something that comes to me naturally when I’m working on this project. I don’t actually intend to make the sound ‘ritual’ or ‘occult’ or whatever. I enter in a kind of meditative state where I’m in touch with the visions of some greater power that operates this Universe, of ancient archetypes of gods and pantheons, of secret teachings from a forgotten mystery cults, and so on. I can get inspired with an image of an old monastery, or sunlight passing through the clouds and then try to make a ‘soundtrack’ of that. So basically, the sound you hear is the channeling of these energies that stream from my mind, both conscious and unconscious parts.

Q: The front-cover of “Sanctum” looks great and ritual-like as well. What is it all about?

MO: It’s about a journey that one goes through mainly in life, but also after this life, in order to comprehend and achieve one’s own purpose in it. The figure that’s in front represents this seeker of the Truth – that can be you, me or anyone that considers his time on this Earth as a time to search for the ultimate Cause and Effect. This journey is a kind of pilgrimage through the inner world, in order to reveal the secrets of one’s self, and while revealing the depths of your own being, you are getting very close in revealing the depths of the Universe.

Q: Can you reveal the instruments/equipment you’ve used to achieve “Sanctum”?

MO: I used everything I could in order to create the intended atmosphere and channel the energy in the right way. That includes various field recordings, recorded samples, synths… Literally anything on what I could put my hands on and felt that it helps to build the desired atmosphere.

Q: You’ve been one of the numerous artists contributing to the Cryo Chamber-collaboration album “Nyarlathotep”. What has been your input on this work and how did it feel when discovering the final result?

MO: We all had equal share of inputs in this one and I think each input weighs the same. This release is special because you can’t pinpoint who’s done what and can’t actually compare the works. With Metatron Omega in mind, input in terms of ritual and occult atmospheres seemed totally in place for this one. All in all, it has been a great pleasure and experience doing this (this is actually the first time I’ve done something like this) and I’m very satisfied with the result.