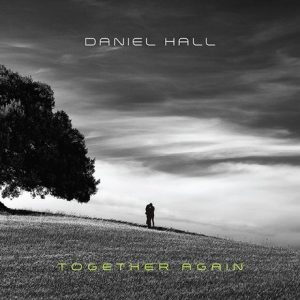 Background/Info: Last year I discovered Daniel Hall who is based in Sydney (Australia). This musician is a prolific artist who already released an impressive number of productions. “Together Again” is the 8th studio album; and the 9th one if you consider the ‘best of’-album “Light & Dark”.

Content: Daniel Hall deals with a sweet electro-pop taste accomplished with great production skills. Some parts are a bit groovy and danceable, but the main tendency remains easy, listening electro-pop music. The vocals match with the sweetness of the music while some parts again feature female backings.

The last part of the work reveals a darker and mysterious approach, which is a kind of innovation for this artist.

This release also features a DVD. Daniel Hall likes to create video clips and he now made 10 clips, featuring 10 from the 13 album songs.

+ + + : Daniel Hall is a unique artist in his genre. It’s not that about his sound, but his independent way of working. But he once again reveals to have great writing- and production skills. The sound is very professional while clearly meant to catch the attention of a wider electro-pop audience. The songs are accomplished with delicate sound treatments while revealing cool and more danceable songs. The few songs that feature male- and female vocals are once again adding this little bonus. “Slave” is a real beautiful track.

Last, but not least, this artist also is a great clip producer. Do you know many bands releasing a professional clip of nearly each song from their album? That’s precisely why this artist is so unique!

– – – : I think that some of the songs are missing a dirty sound touch. Daniel Hall stands for a clear and polished production while I would really wonder how this artist would sound like with some extra dark and underground –although still with an electro-pop approach.

Conclusion: Daniel Hall probably remains a less familiar artist for the international electro-pop community and that’s definitely a pity. This guy is not setting the synth-pop music on fire, but he clearly reveals great composing skills and will please all fans of sweet and clean electro-pop.