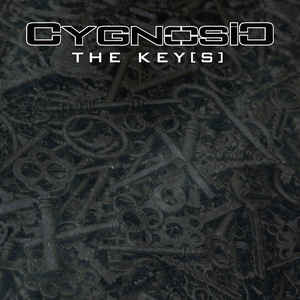 Background/Info: One-man project Cygnosic can look back at a considerable discography featuring a few noticeable albums. Georg Psaroudakis released his last album “CygnosiC” in 2014. This is the 2nd EP taken from the album.

Content: The fans of the band will immediately recognize the solid debut song, which is the ‘album’ version. The “White”-version is another familiar cut totally transposed and empowered by guitar riffs.

We get 2 new versions consisting of a more pop-minded “Grey”-version and a remix by Rotersand. This is a great piece of progressive body-music featuring intelligent sound treatments and great danceable vibes.

+ + + : The original song “The Key” (cf. “Black”-version) is a cool dark-EBM driven cut carried by harsh vocals. The Rotersand-version is a real smasher for the typical raw sound treatments. This song will set dancefloors on fire.

– – – : Except the brilliant Rotersand-remix, this EP doesn’t really bring that new.

Conclusion: This EP appears to be food for the biggest fans of Cygnosic although the magic of Rotersand will maybe catch a wider audience. This is one good reason to purchase this release.