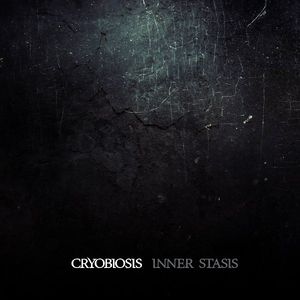 Content: Romanian artist Cristian Voicu strikes back with his 2nd full length released by Cryo Chamber. This ambient composer already revealed interesting ideas on his previous work (cf. “Within Ruins”) so I was wondering what this project would evolve to.

“Inner Stasis” clearly sounds like a dark-evasive sonic sensation. It starts off in a rather prosper way with the debut cut “An Opening” while darker passages come next. From stormy waves effects to aquatic passages and cracking noises this work reveals a right balance between field recordings and dark-ambient compositions. A kind of obscure sound curtain progressively comes to carry the work to reach chilling experiences in sound. The final part of the album perfectly illustrates the mysterious sound atmospheres of this work.

I especially like the somewhat contradictory character of the work, which on one side features beautiful, but melancholic piano-like play, and on the other side a more experimental concept consisting of field recordings and nihilistic atmospheres. Both elements are in perfect harmony at cuts like “Harrow” and “Condensation” and the extra visual-like “Permanent Void..” This is the kind of music that would totally match with darker- and/of horror-like movie contents.

Conclusion: “Inner Stasis” stands for pure ambient and even dreamy music, which moves into poignant dark and intriguing passages. The album reveals several noticeable tracks although not an absolute masterpiece.