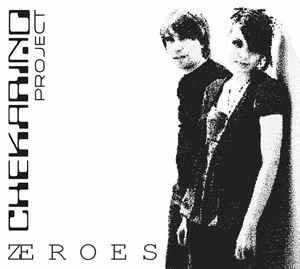 Background/Info: Chekarino Project is a duo hailing from Ukraine and dealing with electro-pop music. They released their official debut work “Zeroes” in 2016 on Roaring Disc Records.

Content: “Zeroes” definitely sounds electro-pop like. It takes off with sounds and bleeps reminding me of the famous Amiga computers. But quite progressively Chekarino Project diversified their work with multiple elements moving from technoid arrangements to somewhat d’n’b influences to rock-pop passages empowered by guitar. The main element that always comes back is a kind of vintage electro-pop music. I also have to mention the final cut, which sounds a bit like a female version of Mesh.

+ + + : “Zeroes” is not the most classical electro-pop work and yet it’s easy recognizable. The diversity of the work makes the magic. I already mentioned the different elements running through the album while it often remains pretty retro-like. There’s an interesting twist between electronics and guitar. I also like the sensual and passionate vocals. “Zeroes” is a refreshing release.

– – – : There are multiple noticeable songs featured on the album, but maybe not an absolute hit. That’s what I’m missing here.

Conclusion: Chekarino Project is a surprising project from Ukraine who perfectly knows the way to compose sexy electro-pop stuff.