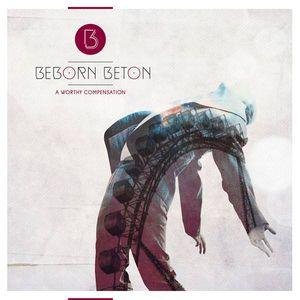 Content: German Beborn Beton trio is back with their first full length album in 15 years! Stefan Tillmann, Michael B Wagner and singer Stefan Netschio quickly became an established formation during the 90s, their most successful albums were released by Strange Ways Records although my personal favorites were the earlier work released by Subway- and Subtronic Records.

I’m not always that confident when a band strikes back after such a long period and the least we can say is that it always seems a bit like a new start. Nevertheless we can trust the maturity and experience of this band, which hasn’t lost their original talent to compose cool electro-pop music, but this album definitely belongs to another decade and that’s why it all sounds a bit ‘different’ as well.

First of all there is the vocal production revealing a captivating singer who has really evolved towards a higher level, but in the meantime has lost a part of his characteristic way of singing. It’s an impression I also get with the music and, which sounds like a band having lost their ‘dirty’ touch. It all was rougher and mainly unpolished in the past while this new work sounds maybe a bit too clean and evasive.

The opening song “Daisy Cutter” has been released as the EP song-title as well, is a damn good illustration of Beborn Beton’s return. It sounds like clean electro-pop with a chorus reminding me a bit of the secret formula of Mesh although this song is not really reaching a climax. It all sounds really cool, but nothing more and that’s a bit the global feeling I got.

Don’t get me wrong, Beborn Beton remains a captivating formation revealing a great experience in sound writing and especially in their arrangements. The production sounds crystal clear while Olaf Wollschläger joined in for the production process. That says enough about the high level of sound quality, but I’m missing the hits!
One of my absolute favorite songs is “She Cried”, which has a refreshing and somewhat groovy touch. It sounds danceable and accomplished by sumptuous sound treatments. This is quite different from the ‘old’ Beborn Beton and it for sure is a cool ‘innovating’ song. I would have liked to hear more tracks in a similar vein. Some of the songs are a bit too quiet and more like easy-listening pop music.

Another interesting cut is the somewhat more into body-pop sounding “Was Immer”, which for some passages and sequences reminds me of And One. This is Beborn Beton at his best. A last song I want to mention is “Terribly Wrong” for its elevating chorus.

Conclusion: This album definitely sounds like a new start and all we can hope now is to see Beborn Beton getting back soon with a few real hits. “A Worthy Compensation” sounds cool, well-crafted and probably from a pure technical point of view, their best produced-opus ever, but let us be honest; this is not their best work in their history!