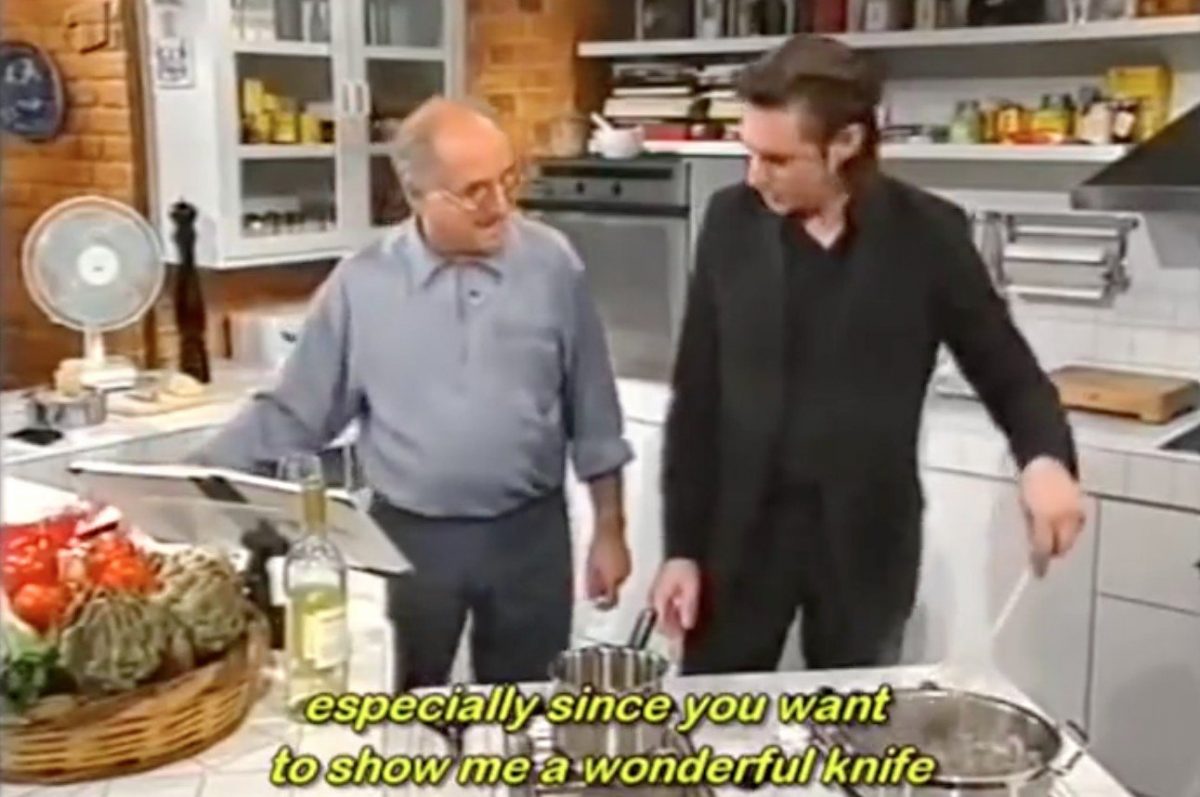 An older video is currently being shared like mad on the industrial internet, it’s a video of Blixa Bargeld from Einstürzende Neubauten cooking a Risotto. More specifically Bargeld is cooking a squid risotto with black ink.

The host of the program is Alfred Biolek, a well-known German entertainer and television producer, who invites celebrities to cook with hime during the Alfredissimo TV show. And this time he had Blixa Bargeld from Einstürzende Neubauten stirring the pots and kettles.

Good to know, Barged has already shown up in German DIY shop commercials before where he promoted all kind of things including ceramic knives. And behold, he again talks about knives here. Small but important detail, Bargeld was a vegetarian for 30 years, but ceased the lifestyle option due to the difficulties he had practicing vegetarianism in China.

In more music related news, Barged has been collaborating with Italian composer Teho Teardo to produce the “Still Smiling” album (which is available now right here). The album has been written and recorded between Berlin and Rome, and it took nearly two years to be made. There are 12 songs on “Still Smiling”, including a new version of A Quiet Life and a cover of “Alone With The Moon” by The Tiger Lilies. Amongst collaborators there are The Balanescu Quartet and cellist Martina Bertoni. The lyrics are sung in English, German and Italian.